If you're not familiar with Cards Against Humanity then may Christ guide your ass through this difficult time, because it's the funniest game on Earth.

Allow Ellen DeGeneres to briefly explain the ins-and-outs of the self-proclaimed "party game for horrible people" with the help of two people I've never heard of, and Lionel Ritchie's daughter:

The rules are simple; there are no rules. More accurately, however, there are a few.

Participants must fill the blank statements on one card using 'mature-content' phrases printed on separate cards. From there, house rules apply as to how a group decides which answer is funniest, how to award points, etc.

And boy have we got some good news for Irish fans of the most depraved game on the planet.

Introducing Ah Here Now - a strictly Irish play on US-based Cards Against Humanity  which is about to enter its final stages of development. 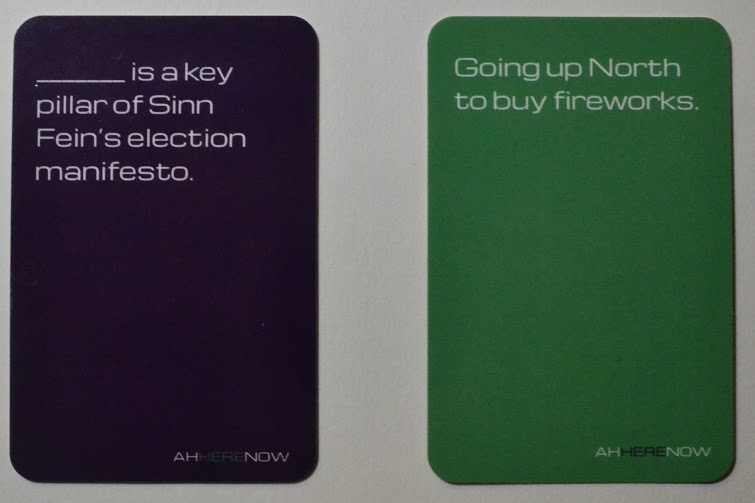 Simon Flaherty and the lads at Ah Here Now have created a game consisting of what they describe as "550 cards of pure gobshitery," allowing players to rip the piss out of various scenarios in Irish society including politics, religion, and even sport. 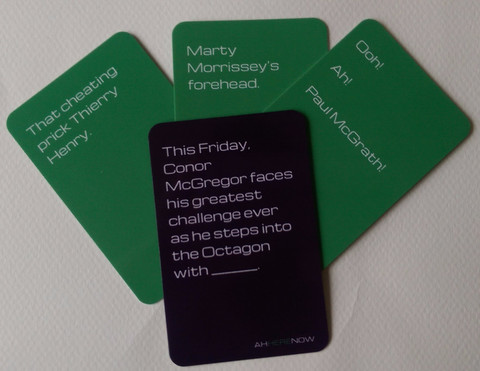 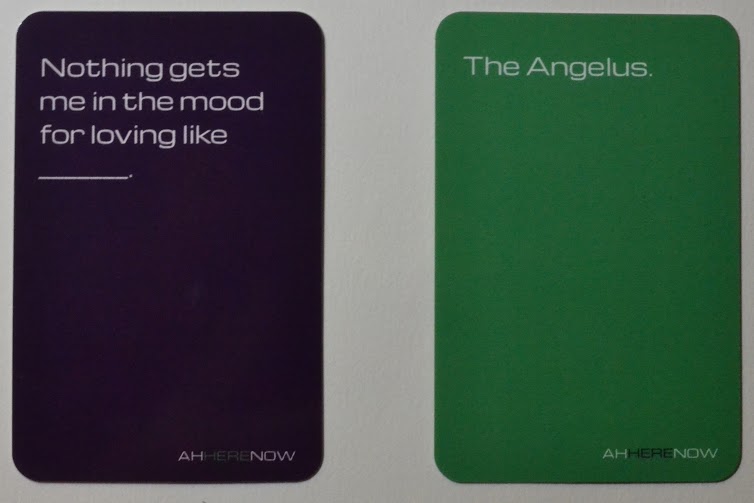 Ah Here Now have been kind enough to show me a number of the cards and, frankly, some of the potential combinations are so dark I had to listen to whatever saccharine shite Little Mix released most recently to absolve myself of such unholy thoughts.

But is this not just a cheap rip-off of Cards Against Humanity, I hear you ask?

Quite prudently using a tone very much reflective of the game itself, Ah Here Now say no:

We don't like to think of it as ripping them off so much following the proud Irish tradition of piggybacking off the ambition and enterprise of American firms.

Also, not only do CAH not have an Irish version, they don't even sell the original version to Ireland.

So in the immortal words of Mary Robinson:

"You snooze, you lose, dickheads!"

For more information, subscribe to the lads' updates and Kickstarter campaign at AhHereNow.com.