Four Star Pizza have taken a deep pan-dive into the world of Irish relationships to try and work out how couples in Ireland keep the romance alive. As you can probably imagine, the secret to many couples' success involves the ordering of takeaways.

However, Four Star's study also revealed some far more telling stats - some of which we can all relate to, others which are pure scandalous!

For starters, a quarter of all Irish people believe the magic dies in a relationship after two years, which is certainly true as far as I'm concerned. Others think you'll do well to keep the honeymoon period alive for even that long; 1 in 10 sorry sceptics give themselves only a couple of months of true romance before feelings fade and they fall back into the routine mundaneness of secret disdain and quarrels over the remote.

People were also quizzed as to how they knew that the spark was gone in either their current relationship or a previous one.

Half of those asked said it was because they didn’t feel excited to see their partner after they had spent time apart, while a quarter said they knew as soon as they no longer felt compelled to 'dress up', and stopped caring about their own appearance in front of their partners. In fact, 20% admitted they rarely make the effort to dress up for their partner at all.

17% of guys admit to having browsed dating websites while in relationships. PIGS!!! SCOUNDRELS!!! TYPICAL M- oh no, wait, sorry, 14% of women admitted to the exact same carry on.

All in all, a shifty 1 in 10 said boredom had driven them to browse through these dating websites or apps while they were in a relationship. Considering the prevalence of 'cheeky' dating apps on phones and tablets, even amongst couples, a further 6 out of 10 people probably lied when answering questions about dating apps.

With perhaps the most unabashedly Irish of all answers, 5% said they knew the passion was gone when they had to start drinking alcohol to become attracted to their significant others. In fairness, this is rarely good.

Over a quarter of Irish people also believe that if date night doesn’t culminate in sex, it’s been a failure. It does beg the question, what is Netflix without Chill?

But, even allowing for all of these admittedly disheartening results, there's cause for optimism.

The good news is that, overall, Ireland is a happily loved up nation when it comes to our relationships; 3 in 5 couples believe the magic is still well and truly alive and well in theirs. Well, aren't ye just great?

When asked about the top ways of keeping the fire burning, 85% mentioned date night, while 65% mentioned holidays.

When questioned on what the most important factors are in a strong relationship, 60% cited 'mutual respect and understanding' the top indicator of a resilient companionship.

Humour is at the heart of a healthy coupling with a further 20% considering laughing together the most important sign of a solid relationship, while 18% believe that it’s about your ability to get through tough times.

Of course if we learned anything from Bebo stunnahs, it's that tough times don't last. Tough people do.

This research coincided with the launch of Four Star’s new exclusive Lily O’Briens mousse range, the perfect route to a happy ending on date night. 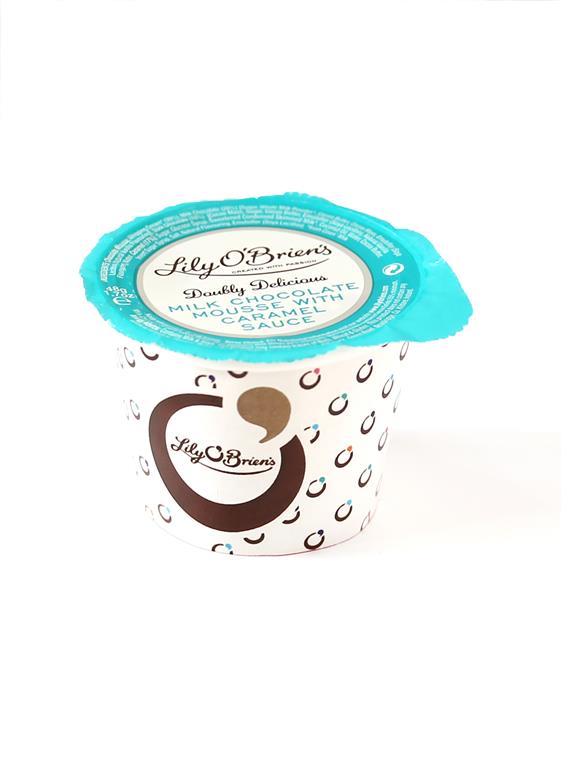