Ireland Ranked One Of The Top 10 Places To Live Worldwide

You literally can't take an international poll of any description these days without Ireland featuring prominently, be it for our sexy accents, sexy women, sexy men or sexy landscape.

Today, it's our sexy lifestyles that sees us climbing yet another one of these rankings that everybody loves, but to be fair, there's some actual science behind it as opposed to some clown at Buzzfeed looking at pictures of castles and just deciding that Ireland is 'OMG, so amazing'.

Yes, Ireland has been voted the sixth best place to live worldwide, in a UN study that uses the Human Devlopment Index (HDI).

The UN used three categories to analyse each nation's merits; 'long and healthy lifestyle', 'access to knowledge' and 'a decent standard of living'. Norway topped the list for the seventh consecutive year; their out-doorzy lifestyles and life expectancy of over 81 edging out the rest of the competition.

Hey, maybe next year the tables will turn and Ireland will even have an influx of young, boozy Kiwis looking to 'find themselves', and pretending they're going to try all sorts of things like surfing before taking a job shovelling shite off a small farm! Sweet as. 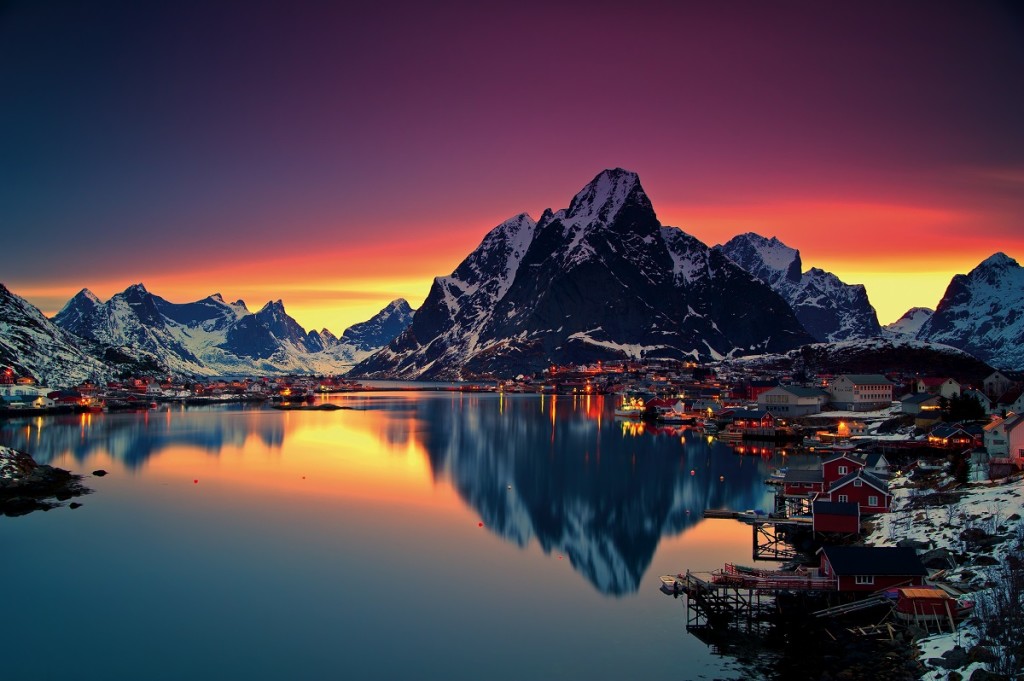 The kind of picture of Norway you'd usually see in one of these articles.

Elsewhere, Sydney finished as runner-up, which is kind of revenge for Sonia O'Sullivan in many ways. In third spot was Switzerland, whose flag remains a huge plus (I'm here all week), and following the Swiss were Denmark and the Netherlands in fourth and fifth places respectively.

The results were published by the UN in its annual Human Development Report.