11 Reasons Why Everyone Fucking Hates Cork

Some will just put it down to 'the people.' For others, it's a historic issue. To Corkonians, it's a tragic, tell-tale sign of jealousy, and is largely taken as a compliment. Here are 11 reasons why everyone hates Cork, like:

Described by a Meath man in the office as "an anointed self-importance," Cork people's famous 'delusions' of grandeur stretch back as far as humanity itself. But do we truly have a superiority complex, or do the 31 other other counties simply have inferiority complexes? Let's be honest, we all know the answer.

A story from a brilliantly written blog post which I stumbled across, by a man named Conor Garfield O'Riordan, perhaps best encapsulates people's feelings towards the inherent, perceptively misguided arrogance of Cork and its people. O'Riordan was speaking of the weekly phone-in competition on the Late Late Show, when he said:

Tubs queried as to where Julie was from. "I'm from West Cork actually Ryan." That seemingly insignificant answer to an equally insignificant question actually troubled me. Well, troubled is the wrong word, I'd say more strangely amused me. For it almost unequivocally summed up the Cork people and their psyche. Let me explain..

It was the use of the word "actually". Why did Julie insist on using it? Tubridy had not accused her of being located in another county, he merely asked her where she was from. "West Cork" would have sufficed but she insisted on jabbing the apparently fatuous "actually" at the end of the sentence. For me, it wasn't fatuous or unintended, she was stamping her authority.

The strange thing about people hating the Cork accent is that, for one thing, Cork is a county divided into sub-accents. We essentially have one for each diocese. And it's worth bearing in mind that we don't even particularly enjoy any of them, but they're still far more bearable than, say, the Louth or Waterford accents.

There is an old wives' tale in parts of west Cork in particular that the generic Caribbean accent stems from Corkonian explorers in the 16th century:

3) We (act like we) know something you don't know

Corkonians act like we're intrinsically tuned into a hidden universal force of some description, far broader than someone from outside of Cork could possibly understand.

When combined with our genetic arrogance, it culminates in us feeling as though we don't even have to justify certain questions with answers. Or at the very least, we'll be 'cute' about the answers we do give.

In truth, we don't actually have much to give away. But we'll always leave you with the impression that we've kept something from you.

4) Cork, The People's Republic of

The idea that the Rebel County is the real capital was designed as a ruse to piss off the rest of the country in the early 1960s; it was an experiment so successful that we began to print 'The People's Republic of Cork' on t-shirts and mugs countywide, and even named an online forum after it.

Of course, our self-christening served only to further alienate Cork from the rest of the island. Which was exactly the point.

5) Our hurling fans are 'cocky, one-eyed and aggressive.'

An actual quote from a colleague. From Longford.

He may have a point here, to be fair. For 11 years I had built the 2004 All-Ireland hurling final up in my head to have been an outstanding game of hurling in its purest form. On Monday I watched it back, depressed by the county's recent GAA failings.

It turns out Cork beat Kilkenny 0-17 to 0-9 in one of the worst All-Ireland finals in living memory. 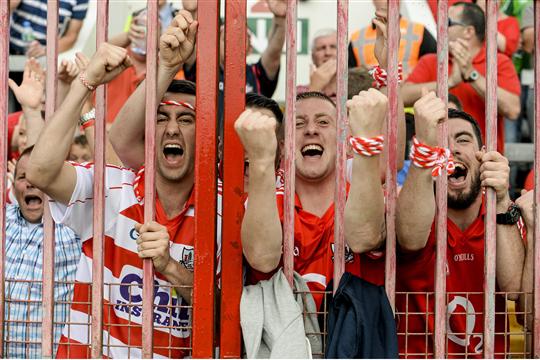 6) Our football team are 'cowards.'

This is a pet peeve born, we think, out of people only wanting the best for Cork and its unloved footballers.

To some, the 2010 All-Ireland football series is a myth. Before last Sunday's drawn game with Kerry, RTÉ panellists Joe Brolly and Colm O'Rourke asserted that Cork vs Kerry was no longer a real football rivalry as Cork were more often than not shafted by the Kingdom over the last 15 years.

The camera then panned to analyst and former Cork goalkeeper Alan Quirke, whose name was propped up by the caption, 'won 6 Senior Munster Football titles with Cork.' 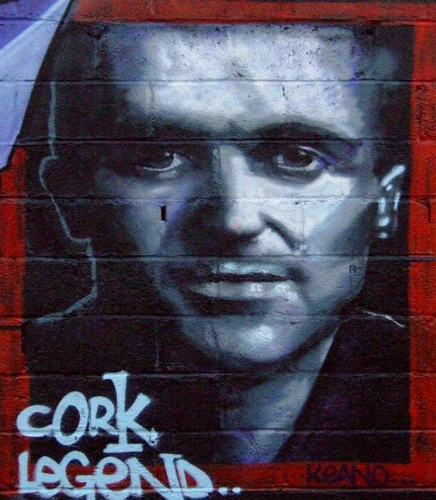 It's alright, we think he's an unbearable bollocks as well.

Did we though? As the story goes in Béal na Bláth, it was a Kerryman who crept undetected across the border and took out the Clonakilty-born revolutionary. Security wasn't as tight in those days.

And anyway, the people of Béal na Bláth are still paying for Collins' death. The local Spar once gave me a full tank of petrol on the house just to say sorry for any role their ancestors might have played in Mick's untimely death.

10) We Get Special Attention For Being Slightly Different

You might have forgotten about it altogether, but buried in the very bowels of your subconscious, you still haven't forgiven us for this.