But this is one way to follow in your father's footsteps. Micheál Neeson, son of Liam, will play the role of Michael Collins next year in The Rising - a film based on the events of Easter 1916.

And 20 years removed from Neil Jordan's Michael Collins, its star man's son will play the very same legendary figure in his slightly more formative years as an aide to Joseph Plunkett in the GPO during Easter week.

Rumours that director Kevin McCann will go all out to secure Emma Roberts' services as Collins' love interest are thus far unconfirmed. 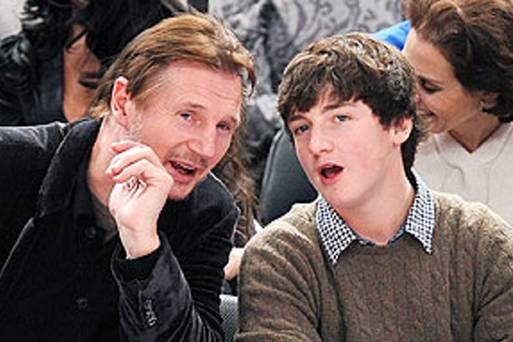 "The key to the Cork accent is to sound like you truly believe you are the greatest human being in existence."

It's worth mentioning that Neeson Jr was born in June 1995, which presumably was around the time filming for Michael Collins wrapped, which begs the question:

What are the odds that Micheál Neeson is about to play the man he's named after?

The Rising is pencilled in for a mid-2016 release date, to mark the 100th anniversary of the Easter Rising.