How To Tell The Time By Looking At Enda Kenny's Hair

We have reached an era where people want watches to do everything BUT tell the time. The Apple watch will be able to scold your stay at home dog for pissing on your couch while you neck a bottle of craft beer at that marketing do you didn't think you were invited to. But the madness needs to stop, we have lost the battle on mobile phones which now cleverly act as a method for your boss to keep your working until you literally fall asleep. The Greeks had it right with the sundial, perhaps we have to resort to the simplest form when it comes to telling the time and maybe just maybe, our glorious leader Enda can help. We think he can.

So it goes the Mayo man's hairstyle changes as often as the weather and we think we have a route to using his hair as a sundial, stay with us on this.

11am - Enda has positioned himself next to a mirror, a clear sign it's before midday, cool calm and collected and completely winning the battle of hairstyles with his taller friend. 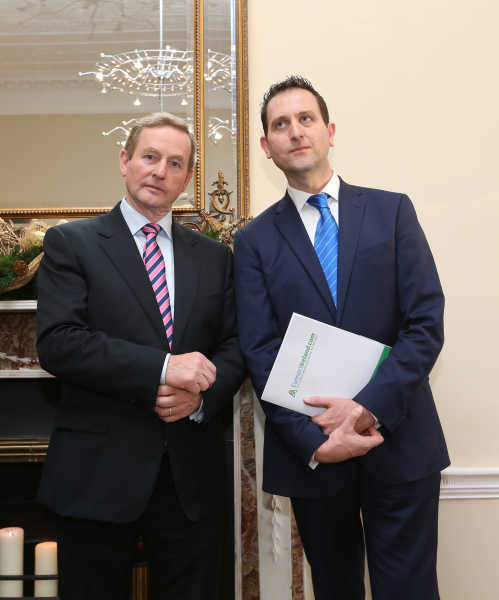 2pm - Enda has had lunch and a quick chance to add some volume to his hair, he cleverly anticipated the sharing of a photocall with someone with a better smile. 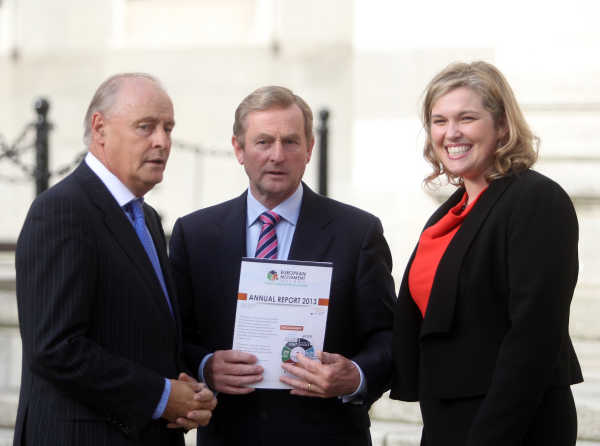 4pm - Enda knows when he is beaten and refuses to even attempt to battle it out with the prestigious mullet of Shane Byrne - Tony Ward can't even watch. 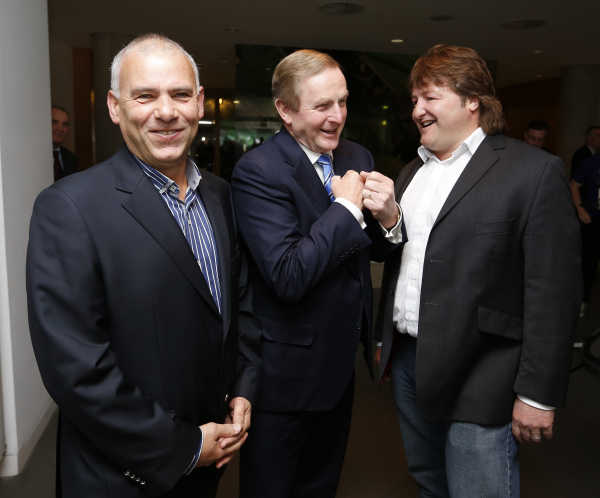 6pm - Enda is slacking now, using a handful of spit to claw his head of hair into something resembling a haircut, so very nearly nailing it, bar the feathery portion stage left. 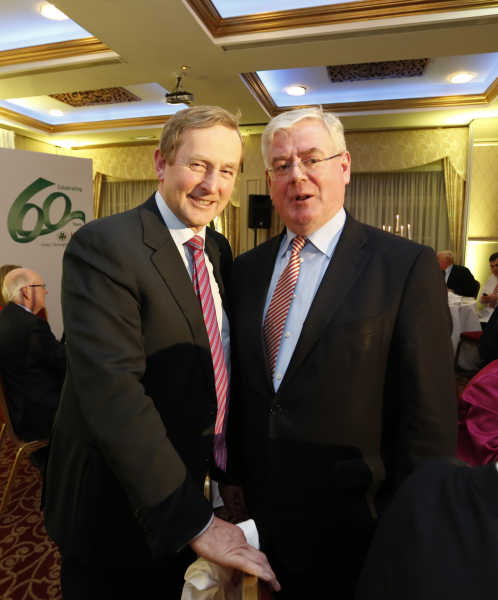 7pm - Enda knows the game is up and begins to seek cover, asking in a police style ' we need your car ' for the loan of a bicycle helmet to hide his shame 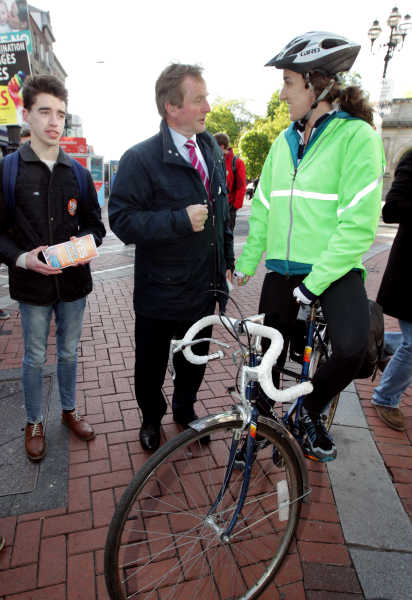 8pm - After his efforts to cover up are dashed by the safety conscious cyclist, Enda legs it back to government buildings to take cover. 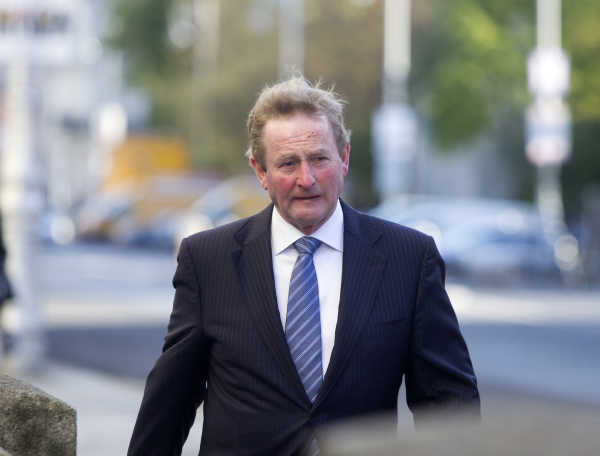 9pm - Clearly lost and attempting the classic hide from the bouncer behind the older friend ploy, it's twilight and Enda is doing everything to avoid cameras. 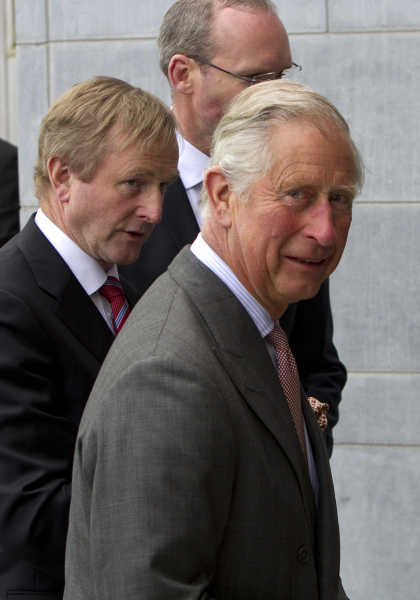 10.30pm - Aha, the magic is back, Enda clearly delighted with his hair, details to an adoring crowd how many hairdressers it took to tame his locks. Bravo 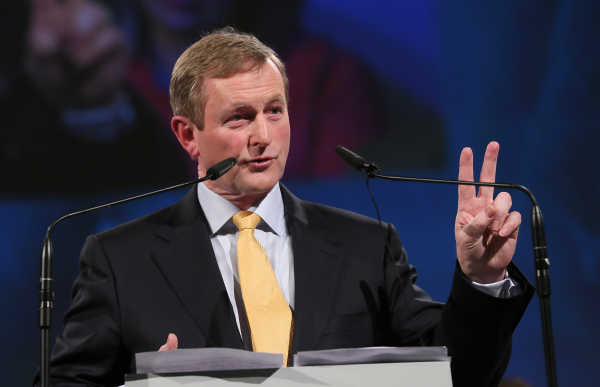 12.14am - Enda in the midnight hour, the way you can tell that it's definitely midnight is that Enda's hairstyle is completely hidden by the shadow of the moon, he has the power to do that you know. 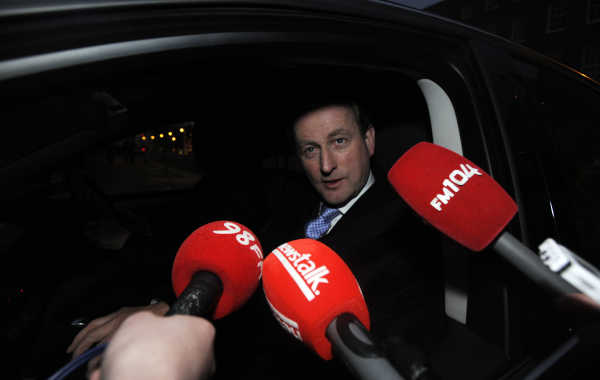 Mikey Traynor
Film & TV
6 years ago
10 Companies That I Am Boycotting Because Their Ads Make Me Want To Punch My Own Face
Video of the Week
Film & TV
6 years ago
by Gavan Casey
Watch: The First Sneak Peak Of The Friends Reunion Hints At Potentially Scandalous Revelations
Follow us on Twitter
About Us ● Advertise ● Privacy ● Contact Us Powered by Publisher Plus
Next Page »
Previous Next
We use cookies to ensure that we give you the best experience on our website. Read more »