Along With McGregor Being Minted, Here Are The Most Bizarrely Funny Dáil Petitions From Recent Years

A petition for Conor McGregor to be put on the back of the €1 coin garnered enough signatures to be brought before the Dáil today.

Here is the arguement behind the McGregor petition:

However, it has sadly been rejected, as the instigator of the petition was unable to be contacted.

For a petition to be successful, it must comply with Standing Orders, which state that a petition may not contain the name of an individual or individuals and cannot be deemed "frivolous or vexatious".

In the spirit of McGregor, here are some other hilarious petitions submitted to the Dáil.

Mr Stephen Dwan launched a petition in December 2012 to have Video Games included on the English curriculum, along with the works of Shakespeare. Mr Dwan argued his case in considerable detail:

Status: Considered by the committee on February 27, 2013, Mr. Dwan's petition was sadly was rejected. If you are a Leaving Cert student currently struggling your way through Hamlet: it could have been so different. 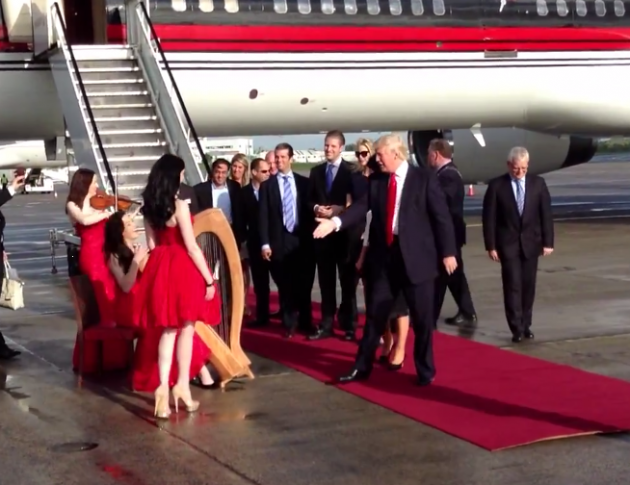 There are two separate petitions calling on Ireland to ban renowned bollocks Donald Trump from Ireland, from Mr Aniq Jawad and Ms Elaine Mernagh. No reasons are given, perhaps they correctly believe their argument is self-evident. A couple of weeks ago, it emerged that a citizen of the UK launched a similar petition, asking the United Kingdom to ban Trump on grounds of hate speech.

Status: Both are currently Being Examined For Compliance With Standing Orders, before inevitably being rejected. Ireland famously gave Trump a warm welcome the last time he visited, with Michael Noonan greeting the US tycoon on the tarmac as he disembarked his plane. Trump owns a hotel and golf course at Doonbeg, County Clare.

Mr Robert O'Donnell has called on the country to ban the Irish Film Classification Office. Exactly why, we don't know. Perhaps he was refused entry to The Hateful Eight for being too young.

Status: It is currently Being Examined For Compliance With Standing Orders along with the Trump petitions. We're not holding our breath.

A Song For Europe

Here is our favourite petition. It comes from a 'MR Finn McCool', and calls on the Irish government to "Legislate to make 'My Lovely Horse' Irelands entry for Eurovision 2015". McCool submitted it on the behalf of 'The People of Ireland (and interested Britons too)'.

Status: It has sadly been ruled as being Non-Admissable. However, were it to be reopened this year it may prompt a change of mind by our representatives, following the news that this aural assault will represent Ireland at the 2016 edition of the competition.

This information, along with some truly worthy petitions, is available on the Oireachtas website.

See Also: Just Watch Saoirse Ronan Teaching Colbert How To Speak With An Irish Accent And Try Not To Laugh