In a night where Ricky Gervais once more proved himself the Bono of epigrammatic ingenuity with a sharp-tongued slaying of all things Hollywood, it was a self-proclaimed "mumbling actor" who provided the knockout moment.

This awards season’s own personal 'Rocky story' continued apace, as 69-year-old Sylvester Stallone received his due at the Golden Globes, laying his gloves on the Best Supporting Actor prize - his first ever Globe - for his enthralling performance in Ryan Coogler's Rocky spin-off, Creed.

It was Stallone's first major award victory since his potrayal of the same character, Rocky Balboa, in the original Rocky back in 1977, and the shocked people's champion received a raucous standing ovation - to the Rocky theme song no less - before bringing the house down with a typically humble speech:

You might have noticed 'The Italian Stallion' forgot to give thanks to director Ryan Coogler and lead actor Michael B. Jordan (who can be seen passionately howling for Sly in the audience), but the man famous for on-screen comebacks wasn't to be outdone by the commercial break...

Ok so at the commercial, Sylvester Stallone rushed back onstage to thank Ryan Coogler and Michael B. Jordan but it didn't air on TV.

Y'all. #Stallone came back to thank Coogler and cast. I'm here in the room and heard it with my own ears. #GoldenGlobes

Speaking about comeback stories, how d'ya like them apples, Hollywood? 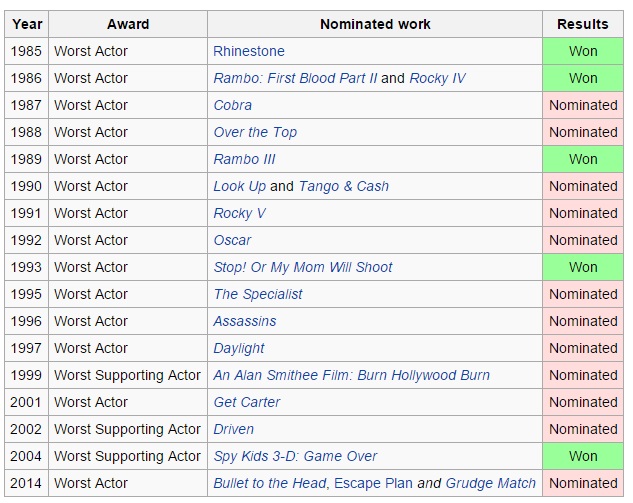 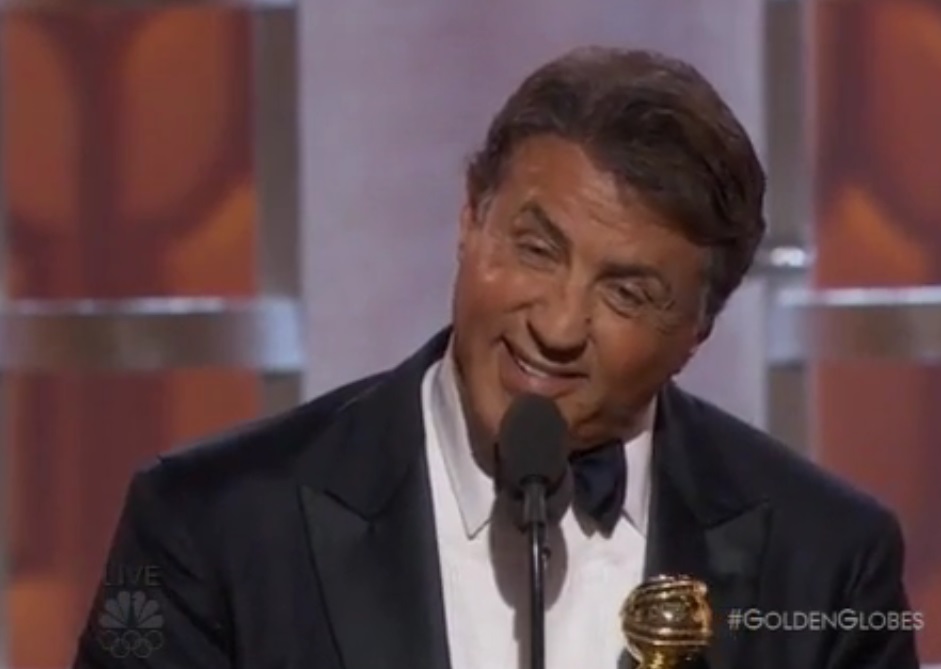