Whereas Ireland once had the Catholic Church to frown upon such repugnant moral practices like jazz and rural dances, we now have a new bastion of moralism.

The Toy Show beat off (ahem) competition from, among others, the Oscars, the Big Bang Theory and the premiere of season 6 of The Walking Dead with a massive 16% of users logging off in favour of the annual Christmas special. 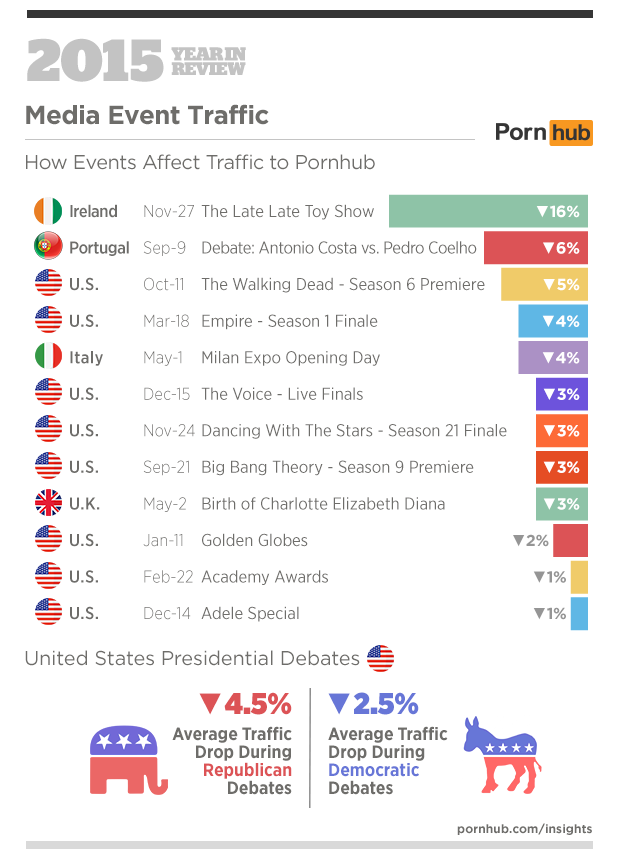 It appears the Toy Show is single-handedly protecting the moral fibre of this country, in more ways than one.

If you are interested, many more insights can be found here, although perhaps best not to access them at work.