Video: We Dare You Not To Punch The Air After Seeing The Wonderful 'Batkid Begins' Trailer 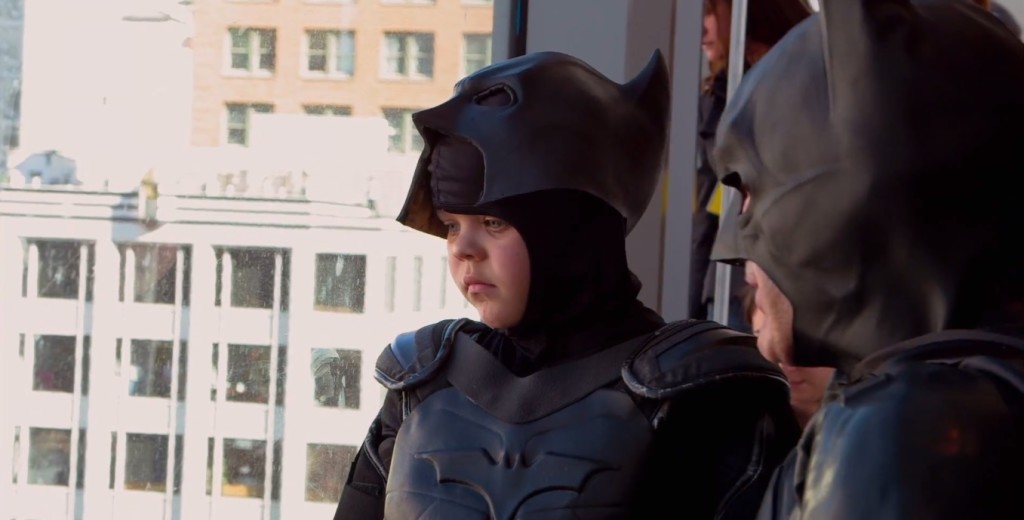 You might remember 'Batkid,' aka Miles Scott, the five-year-old whose triumph over the evil that was leukaemia in 2013 inspired the world, when Make-A-Wish Foundation decided to make his dream come true.

The dream? The same as any sane man's dream: Miles wanted to be Batman.

Make-A-Wish, the city of San Francisco and social media duly obliged, with an elaborate and touching collaboration ensuring that dream came true.

So large was the crowd that gathered to greet Batkid on the streets of 'Gotham,' the little Caped Crusader required a police-led parade to journey through his masses of supporters, who had flown in from all over the States and beyond to see him in action.

Miles' portrayal of The Bat even garnered some special praise from Batmen past and present:

The magnificent story is now the subject of an upcoming film by Warner Bros called Batkid Begins, the trailer alone for which could rescue you from the very bowels of hell.

The hero we don't deserve, but the one we most certainly need right now. I'm off to karate-chop my nearest enemy.

Culture
4 years ago
By Gavan Casey
Video: Ben Affleck's Batman Resumes Feud With Joker On Set of Suicide Squad
Send us a tip