With Parks and Rec and Community finished for good and It's Always Sunny wrapped up for another year, we're starved of decent sitcom binge material at the minute. Such a void has led us down the treacherous path of trying to rank the 20 best sitcoms from the past 25 years, along with the 13 moments Scrubs just got too real.

As Friends re-runs run riot on over 780 of Sky's channels (still not a bad thing, by the way), it's only natural that we should find ourselves overwhelmed by the urge to call in to our favourite radio psychologist. Sooth us, Dr. Frasier Crane. Sooth us with your sophistication and your sheer Frasier-ness. Here are 15 things you may have missed, or simply need to re-visit, from 11 glorious seasons of Frasier.

Frasier's character was not originally supposed to have a brother, but the show's creators saw David Hyde Pierce and realised he looked remarkably like a younger Kelsey Grammer.

The character Niles was then created especially for Hyde Pierce, who went on to be nominated for an Emmy for Best Supporting Comedy Actor after every season of Frasier, winning in 1995, 1998 and 1999.

John Mahoney played Frasier's father Marty in the series, even though in real life he is only 15 years older than Kelsey Grammer.

*Sits back and sips a fine sherry* Well that is glorious.

5) Frasier's apartment cost the show's producers over $500,000 to assemble

Frasier told his father Marty, “You know, every item here was carefully selected. The lamp by Corbu, this chair by Eames, and this couch is an exact replica of the one Coco Chanel had in her Paris atelier.”

He wasn't lying. The apartment cost over half a million dollars to put together prior to Frasier's debut season.

6) Roz could have been Phoebe

Lisa Kudrow was originally cast as Roz, but was replaced by Peri Gilpin when the producers felt she couldn't stand up to 'Frasier' while he was in full rant. A year later, Kudrow was cast as Phoebe in Friends.

But let's be honest - there could ever only be one Roz Doyle, and that's Peri Gilpin. 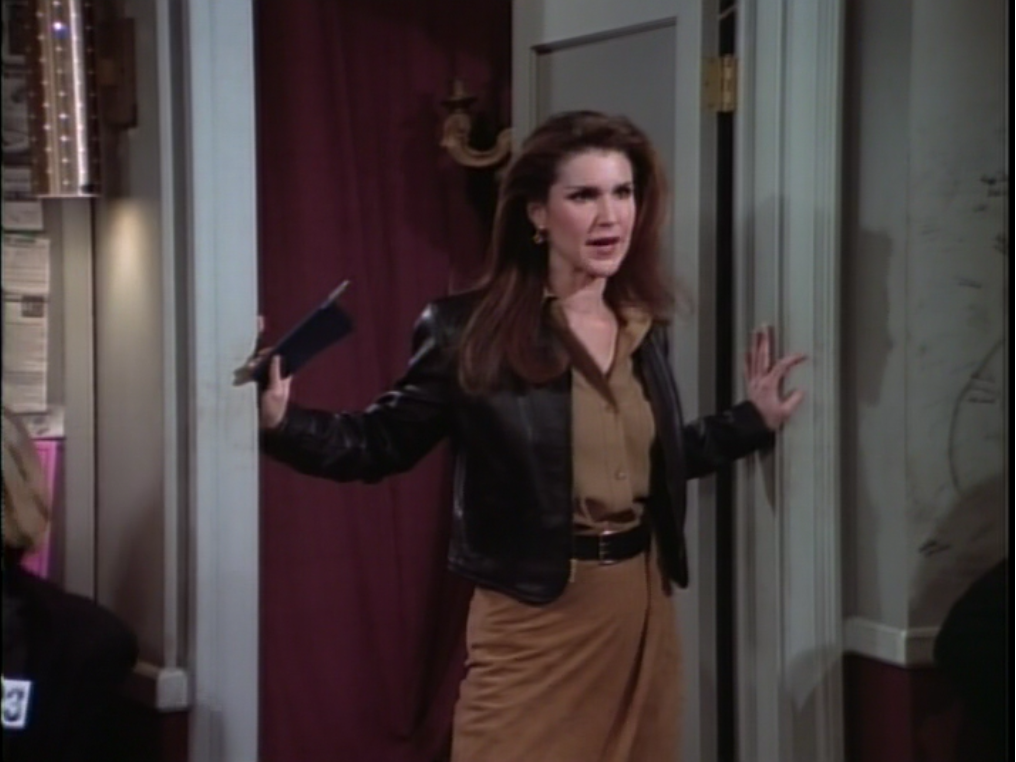 In the fourth ever episode, columnist 'Derek Mann' phones into Frasier's show and challenges him to a fist fight. Mann is voiced by Joe Montegna, who also voices Fat Tony from the Simpsons. The subsequent on-air exchange was recorded to sound like a quarrel between Tony and Sideshow Bob.

9) Do you have any idea what it's like to play the same character for 20 years?

In the 11th and final season, Nanette asked Frasier if he had any idea what it was like to play the same single character for two decades.

Season 11 was in fact Kelsey Grammer's record-tying 20th year playing the famed Dr. Crane (putting him level with James Arness who played Marshal Matt Dillon on Gunsmoke from 1955 to 1975), eight of which came during his time alongside Nanette on Cheers.

10) When 'Eddie' retired, he was replaced by his son

Moose the dog, who played Eddie, retired at the age of 10 (after the end of Season 7). And it was his son, Enzo, who took over the role. Moose had been bred with the idea of achieving a look-alike replacement when it became obvious that Frasier would have a long run.

Enzo had two siblings, a sister named Miko who was too small to play Eddie, and Moosie, who had noticeably different markings. Peri Gilpin, who played Roz, fell in love with Moosie and adopted him. 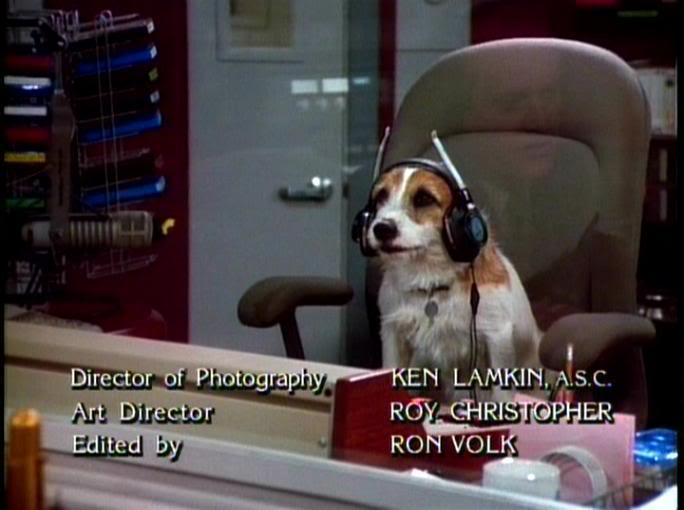 11) The original Eddie had one last curtain call

Moose was 14 when Frasier came to an end. The dog's fur had turned snow white and he was almost completely deaf, but his trainer carried him out onstage after the final episode was recorded, so that the pooch could take his bows with the rest of the cast.

David Hyde Pierce remarked that it was one of the most moving moments of the evening - watching Moose recognise and react to the applause one last time.

Niles and Daphne's baby, 'David,' was named in memory of show co-creator and producer David Angell, who was killed in the first of the two planes that collided with the Twin Towers during the September 11th attacks. 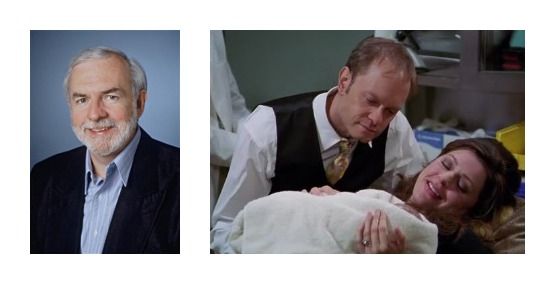 In the pilot episode, 'The Good Son', a fight breaks out between Martin and Frasier because Frasier wants to hear Martin actually say the words, "Thank you" to him, for accepting his father into his apartment to care for him.

In the series finale 11 years later, as Marty hugs Frasier, he finally says, "Thank you, Frasier," to his good son.

Grammer almost teared up in congratulating Hyde Pierce on his award for humanitarian work.

Hyde Pierce, Grammer, John Mahoney, Jane Leeves and Peri Gilpin sat down to speak about the now legendary sitcom, two decades on from its first airing.

You Might Also Enjoy: 13 Times Scrubs Just Got Too Real

See Also: The Sliced Pan Ranks The 20 Best US Sitcoms From The Past 25 Years

Culture
7 years ago
By Gavan Casey
The Baker's Dozen: 13 Of The Best '90s Sitcom Clichés
63

Culture
7 years ago
By Gavan Casey
Daily Quiz: How Well Do You Know Frasier?
14