Is This The First Time The Late Late Show Lineup Has Been Better Than Graham Norton?

Graham Norton returns tonight after Red Nose Day raised almost £100m last Friday, but the perfectly natural human compulsion to switch over to the BBC at exactly 22:35 - while Ryan Tubridy tries not to break down in front of some, I dunno, 'lesbian sandwich museum owner' - may not arise as fervently as usual.

No, tonight - arguably for the first time in the history of both The Late Late and The Graham Norton Show running parallel - it's Ireland's national television talk show which slightly edges its British counterpart.

But it's as much to do with BBC's resident Corkonian's lineup being a bit shite as much as anything. Here's how both line up: 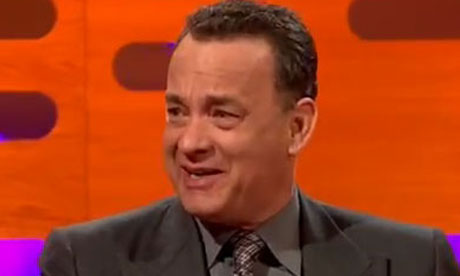 In fairness, Tom Hanks is usually a hoot, but joining the Hollywood icon are two absolute stalwarts of the red sofa: whomever is playing Doctor Who now, and David Walliams.

Peter Capaldi, that's the one.

Joining the three lads to add some retro tunage will be new wave rockers Duran Duran, which is pretty cool, to be fair.

It's quite a domestic affair, but at least they're bloody interesting Irish people and not, I dunno, Twink.

What say ye, Friday night television watchers? It's a close one, but let us know which one you'll be tuning into in the comments section or on Twitter, and let's have a chat.