Dawn of Justice: Batman vs Superman Plot Synopsis Revealed, And It's A Doozy

Are you ready for Dawn of Justice: Batman vs Superman? I'm not entirely sure that I am, either emotionally or physically.

Coinciding with the Las Vegas Licensing Expo 2015, Warner Bros. Consumer Products released a plot synopsis for the film, which won't hit cinemas until March of next year.

As you might have expected, the 'vs' in the title isn't a 'versus' that you might have come across when downloading DJ Rankin songs off Limewire back in '05; the Caped Crusader will indeed pit his wits against the Man of Steel, and it promises to be an absolute doozy.

Fearing the actions of a god-like super hero left unchecked, Gotham City’s own formidable, forceful vigilante takes on Metropolis’s most revered, modern-day savior, while the world wrestles with what sort of hero it really needs.

And with Batman and Superman at war with one another, a new threat quickly arises, putting mankind in greater danger than it’s ever known before,

It's likely that new threat will surface in the mould of Lex Luther, played by The Social Network's Jesse Eisenberg, who looks downright sinister in his screenshots for the spring blockbuster. 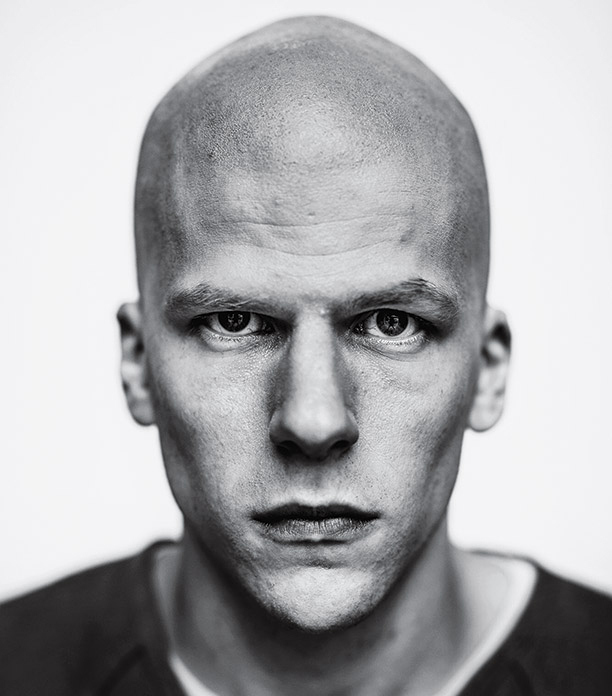 If you listen carefully, you can hear Luthor's voice from 43 seconds or so in the official trailer which was released earlier this year. If you've not yet seen it, the tingling sensation in your spine is supposed to happen.

See Also: Jared Leto's 'The Joker' Looks Like A Horrible Bastard On Set Of Suicide Squad

Culture
5 years ago
By Gavan Casey
Video: Ben Affleck's Batman Resumes Feud With Joker On Set of Suicide Squad
Send us a tip