It's a scorcher of a day, and due to the unprecedented success of our game-changing Twister reveal last week, we felt it rude not to give the fans what they truly want. If you're not ready, turn back now.

It's time for your Ice Cream Fact Of The Day.

One winter evening in 1905, 11-year-old Frank Epperson was chilling on his porch in San Francisco, playing with his food— sure, he was only 11. Frank was using a small stick to stir around water and powdered soda in a cup, and, when he went inside for the evening, he forgot to take his very primitive 'donkey's bollocks' in with him.

When Epperson returned to the porch in the morning, his lemony water had turned into a tasty icicle on a stick. A terrible beauty was born. As people do when they invent something great, he named his invention after himself.

Even at 11, Frank knew he was onto something. He began selling his Eppsicles to the children in his class.

In 1923, Epperson applied for a series of patents to secure the design for what he described as "frozen confectionery." The documents discuss consistency ("syrup results in a crystalline product of hard snowy consistency"), stick material ("employ a wooden stick of relatively porous though sapless and tasteless wood"), freezing method ("rapid refrigeration results in a more uniform product"), and vessel shape ("ordinary test tubes").

His own children became massive fans of the product. "What would you like as a treat?" their father would ask. "One of Pop's icicles," they would respond.

The 'Popsicle' was thusly born. 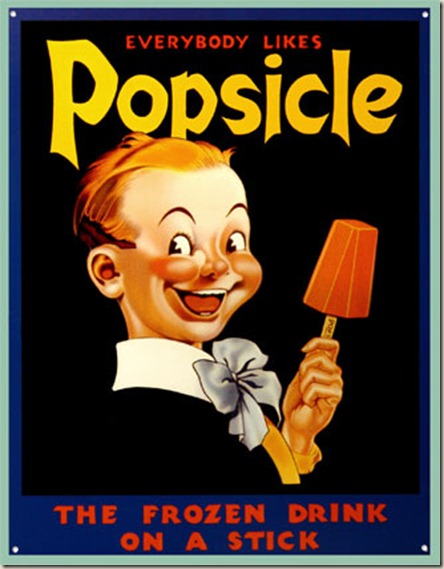 In the early 1920s, with patents granted to Epperson, he sold an estimated 8,000 Popsicles in one day at Brooklyn’s Coney Island amusement park. The first Popsicles sold for just five cents and came in seven flavors (including cherry, which is still the most popular Popsicle).

Just a few years after the dessert debuted, the double-stick Popsicle was introduced. It was at the height of the Depression, and the single pop with dual sticks was designed to allow two hungry children to share a pop easily, for the same price as a single-sticker. Which is kind of poignant, and makes me feel paradoxically warm. 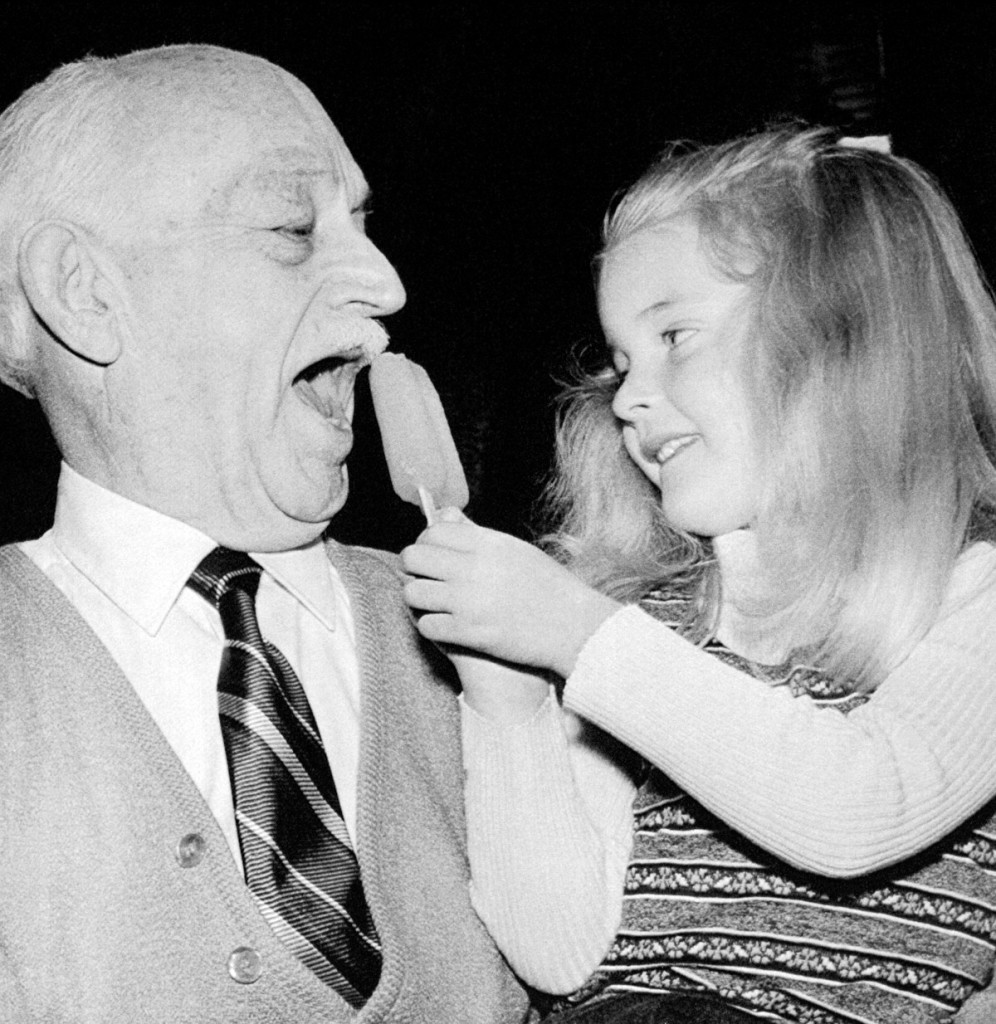 Frank Epperson shares a Popsicle with his granddaughter, circa 1960