It's Thursday evening, and you know what that means... tomorrow is FriYAY and the start of the weekend. It also, and more importantly, means that it's time for your daily dose of celeb drivel.

There are a few new contributors and we have had to suspend the Do' of the day point because apparently no celeb got their hurr did in the last 24 hours. In fairness, Amber Rose's shocker from last night should keep you going in that department.

Puss in boots is off to fashion school

The 2nd week of studies at Central St Martin begins. Intense, exciting, serious and fun all the same time.@CSM_news pic.twitter.com/HJWgV2AsE3

Antonio Banderas (try saying his name in anything other than a sexy Spanish accent. It can't be done) is off to fashion school, and sure why not? A prestigious London fashion school no less, and one can only hope to see him modelling his own designs very soon.

I kind of feel like I'm just throwing random letters together to make words but in translation, Cara wore very little in a recent Yves Saint Laurent (YSL) campaign that is very not safe for work (NSFW). Yes I'm cool and hip and know all the lingo.

Kanye West smiled - THIS IS NOT A DRILL

It's a turn up for the books and the world hasn't even imploded. Kanye West smiled and actually looked like he was having fun at James Harden's birthday party recently. It's a scary sight, in that you feel like you should cower in the corner waiting for when he will return to his scowling self. NEVER get comfortable or complacent when Kanye smiles, it won't be long until he's throwing daggers again. He has lovely teeth though so congrats on that Mr. West. 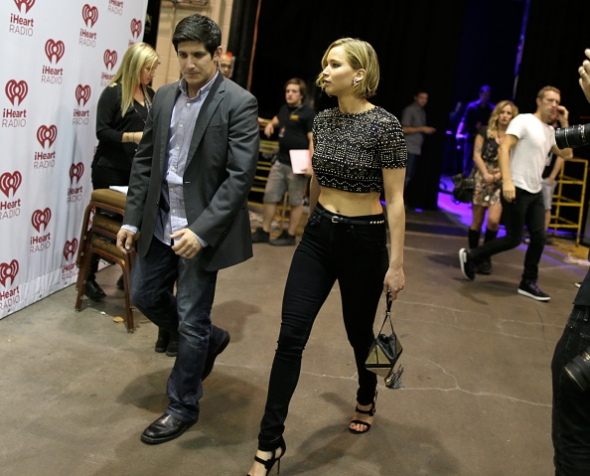 Oh god, I'm cringing so much at that heading but it's perfectly acceptable in this altogether ridiculous post so I'm not apologising. Anyway, apparently they broke up again. Busy schedules, no time for each other, annoying children etc.

I'm sick of writing Kardashian/Jenners so KJs it is ( I realise I ended up actually writing what I said I was sick of but starting NOW). Khloé took a picture of her mother and brother in law Kanye asleep at her new beau's birthday. Kanye was obviously worn out from all the smiling. Kendall dressed as a sexy sailor at the same party, Kylie posted a picture of her boots to Instagram and got 879,000+ likes.

Riveting stuff there from celeb land. Dunno how I'll sleep tonight after all the revelations...