The 9 Step Guide: How To Be More Like 'Frostbit Boy'

If you don't know who 'frostbit boy' is by now then you have been living under a rock for the past six months.

This is the phrase that turned schoolboy Ruairí McSorley from Sperrins, Co. Derry, into an internet sensation after a video of him discussing the harsh weather conditions in Northern Ireland went viral.

For you under-rock dwellers, here is the now iconic interview clip.

Anyway, with The Sliced Pan being a big fan of Ruairí, we decided to share some tips with those of you out there who want to be more like 'frostbit boy'.

His voice is guttural and has an indecipherable Derry accent that sounds like he is a 70 something year old from the back of beyonds, so teach yourself how to lower your voice by about ten octaves and channel your best Northern Irish farmer granddad voice and that's the first step sorted. It's extremely charming.

Throw in words just for the fun of it

Start every second sentence with "aww weyall" and throughout your monologue say "awk weyall, there'll be a wile bit of...", "you wouldn't be long getting (something or other)", "right enough", and mention that something is "mad craic altogether" even if it's not. 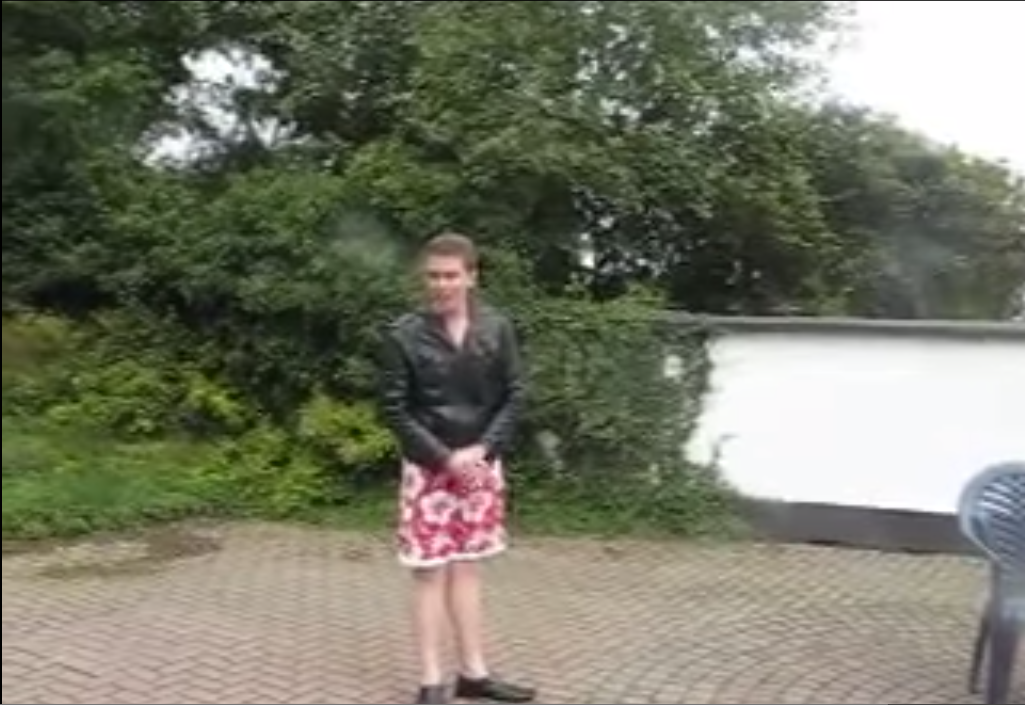 Very few people can rock this look but Ruairí nailed it when he wore this divine outfit to part-take in the Ice Bucket Challenge.

"Awk now there will be a bit of traffic around Derrynaflaw and Ballyscullion with the harsh weather". You sound knowledgeable and at the same time concerned for people's daily commute.

Become the face of some service

Ruairí recently became the new face of Superfast Northern Ireland broadband and it was an ingenious move by the company as you can't help but love the fast talking, odd suit wearing teenager. So to be like Ruairí, get your lovely mug on a big billboard and promote the shite out of it.

Something akin to the suits worn by Derek Burke from Crystal Swing fame would suffice, although just get a suit two sizes bigger than required and it will have the same effect. Wear the pants of it up much higher than normal for extra comfort.

Pose for photos with locals and be delighted about it

Shake hands and talk to anyone that will listen to you in your local shop and make sure they aren't camera shy because a photo/video will be required of you looking like you are having the time of your life buying a sliced pan.

Use every name you have when introducing yourself

Ruairí Caoimhin Rapheal McSorley is possibly one of the greatest names ever so realistically you can't match it but make sure when you are introducing yourself to anyone you use all your given name and the ole confirmation name just to leave a lasting impact. If your name is boring, change your confirmation name to something more exotic for dramatic effect.

Only travel on a white horse

Well today Ruairi lived the dream of all A-Level students-riding out of your last exam on a horse #frostbitboy pic.twitter.com/344AMw7Jfw

Ruairí made a return to our lives in the best way possible, leaving his last A-Level exam riding a white horse. What. A. Man. If you can do one better and find a Unicorn, ride it home from an exam singing "Country Roads", you will be a better Ruairí than the man himself, and as you can see, that's no mean feat.

Hopefully these tips will help you to emulate the great man but realistically one can only aspire to be as delightful as him. There's only one Ruairí Caoimhin Rapheal McSorley.