Pic: Irish Woman Repels Politicians From Her Doorstep With One Simple Sign

So just imagine how sick of it you might be if you were from Derry, living in the Republic, and you don't even have a vote to cast.

Well, one Donegal woman has taken one simple step to protect her father - a Derryman - from having to answer the door to canvassers. And we're massive fans of it. 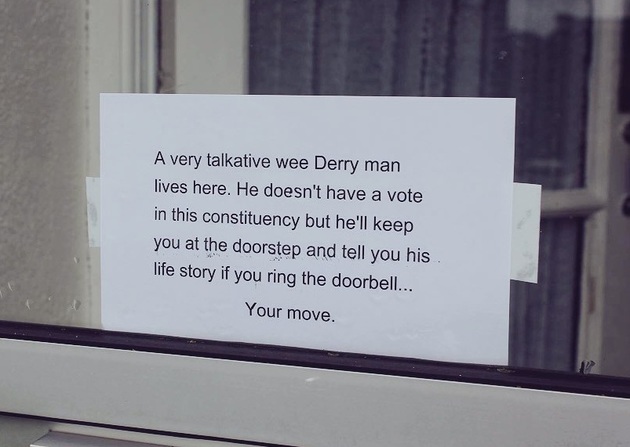 The above picture was uploaded to Twitter by 2fm's Carl Mullan, the man in question being his uncle.

Hat-tip to The Daily Edge for picking up on this.