We Have Finally Discovered What Caused A.C. Slater's Belligerent Disregard For Chair Etiquette

It remains one of the world's unanswered questions; "What came first, the chicken or the egg?" "Who shat the bath on our sixth year holiday to Ayia Napa in 2011?" "If Jesus could walk on water, could he swim on land?"

Why was Saved by the Bell's A.C. Slater so vehemently opposed to being seated conventionally in a chair?

The first three aforementioned mysteries will arguably never be solved, but Slater's middle finger to chair etiquette is one that has enraged seating traditionalists and school principals alike for the past 27 years, and it's high time some sort of conclusion was drawn over what remains one of the most controversial television topics of the 20th century. 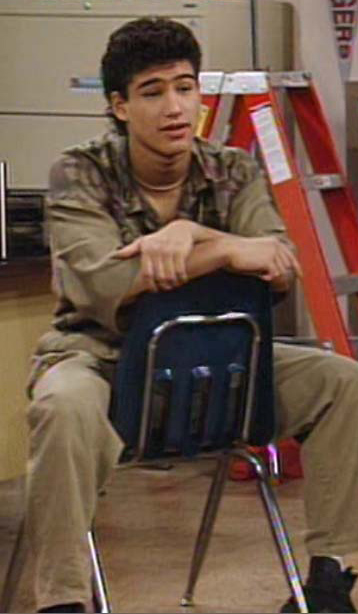 Of the 124 times Albert Clifford Slater is shown to be seated in Saved by the Bell's original 84 episodes, 46 of those sittings incorporate the above pose, known, fittingly as 'The A.C. Slater.'

For four seasons and the countless subsequent years of Nickelodeon repeats, it seemed the high school quarterback and wrestling star was intent only on throwing down a social gauntlet; a refusal to give in to the world's conformist views that a chair should simply be sat on as opposed to straddled.

Slater - played by current US X Factor presenter Mario Lopez, who declined to comment when quizzed on his character's battle with thronal ridicule - was perceived as a renegade; a throwback to the years where people sat whichever way they bloody well wished. Slater, they said, didn't give a damn. 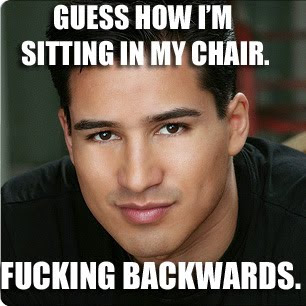 Nothing could have been further from the truth.

After weeks of in-depth email back-and-forths and frantic Google searches, we finally found the answer as to why the coolest man in Bayside set fire to the rulebook each time he perched for a famed milkshake at The Maxx.

It wasn't simply 'to be cool.' It wasn't an attempt to go rogue to the mundanely routine chair narrative. Despite appearances it was in no way an intentional, visual aphrodisiac.

As this highly criticised 2013 advert shows, it was quite simply Slater's attempt to maintain a decent posture.

How did we not see it before?

We're talking about an All-City athlete in four sports. A keen dancer. A man who hailed from a strict army background (Slater's Mexican father changed his name from Sanchez to Slater so he could join the US army; Slater himself only registered at Bayside after military stints in Iceland, Berlin, Italy and Bolivia).

Of course Slater was worried about his posture, and the need to maintain a physically disciplined demeanour while those around him slouched, only to be crippled by back problems after the College Years. He went on to Dance with the Stars. He has published three fitness books. He was the cover feature for the November 2013 issue of FitnessRX For Men magazine.

He knew something we didn't.

He was more than a womanising sportsman. More than a Bayside legend. 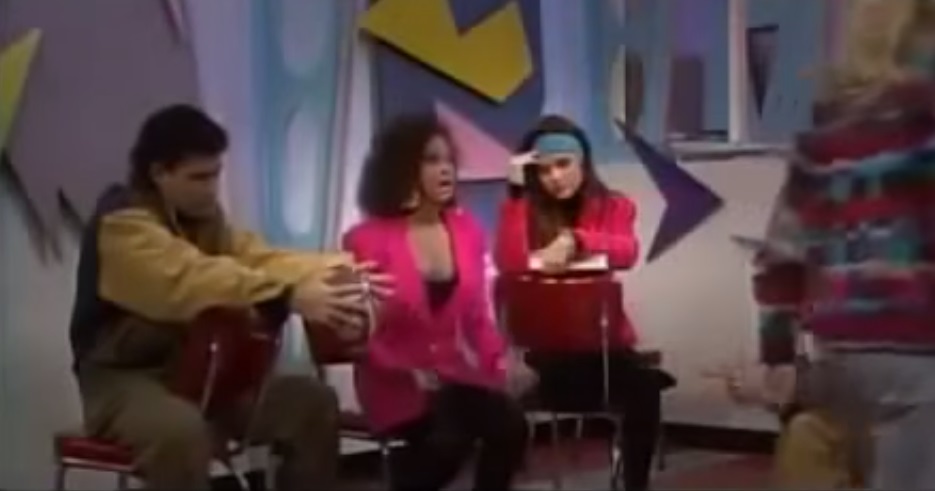