With Black Monday around the corner and another laborious year of college ahead, we've got you covered.

Let's be honest, here. College is maybe 25% lectures, 25% binge-watching tv series and 50% guilt for the latter 25%. If that's been the case for you over the last couple of years, don't even fool yourself into thinking you're going to change. Instead, make sure you're binge-watching the right shows.

In no particular order, here is our list of cracking series - not all brand new - that you shouldn't miss from the couch while covered in pizza and Doritos during the year:

What it is: From the USA network (who brought you Suits), a far superior, suspenseful cyber-thriller with timely stories and an intriguing, provocative premise.

Elliot (Rami Malek), a computer programmer who works for a cyber-security firm, is recruited by an underground hacker group run by a man known only as Mr. Robot (Christian Slater) to bring down corporations including ones his company is hired to protect. 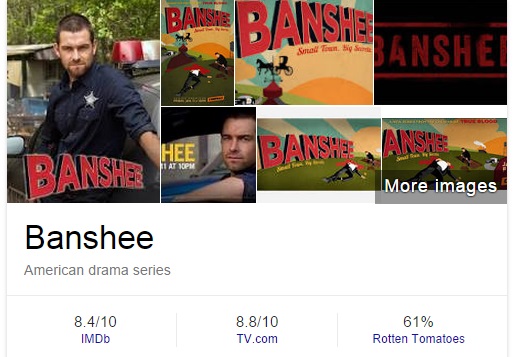 What it is: An unapologetic but cunning pile-driver beyond the usual 'drunken US cop' gig.

After serving 15 years in prison, a convicted diamond thief (Anthony Starr) turns up in Banshee, Pennsylvania to collect what he's owed, but instead ends up assuming the identity of the small Amish town's incoming sheriff. With exceptional martial arts skills and a more 'direct' form of justice, the new sheriff (oh yeah, still Anthony Starr) is more than a match for existing crime boss, Kai Proctor (the incredible Ulrich Larsen), who may genuinely be the best villain on television right now.

Banshee contains some of the best action scenes you'll ever see, and remarkably manages to improve with each season. 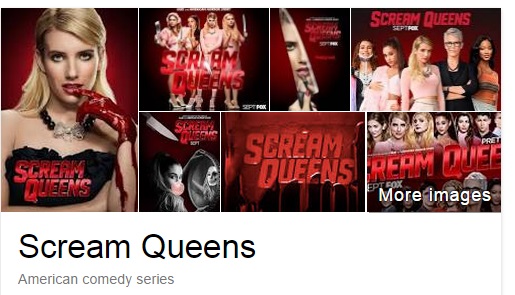 What it is: Okay, you can't binge-watch it, because Scream Queens doesn't air until the 22nd of September. But it has received rave reviews by many lucky enough to have caught a sneak peak.

One such organisation is Entertainment Tonight, who sound massively excited about its wider release:

We've already told you multiple times why we're obsessed with Scream Queens, but please excuse us while we gush a bit more. It is (by far!) the best first hour of television we've seen in a long time -- mostly because this slasher series feels more like a movie than a show.

In fact, the best way to describe Ryan Murphy's latest small screen delight is with the recipe for a big-screen cocktail: Mix the thrills of Halloween, with the character cruelty of Heathers. Add a dash of the laughs and fashion from Clueless, and a healthy heaping of Mean Girls' catchy and quotable dialogue. 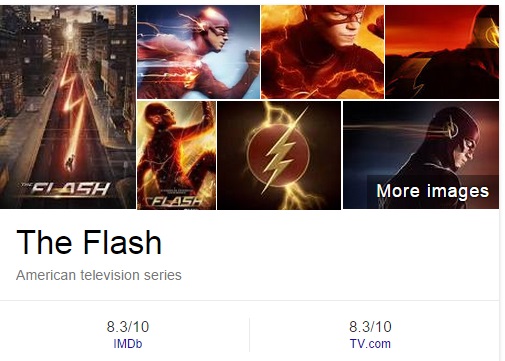 What it is: A DC Comic nerd's treasure chest.

After witnessing his mother's murder and watching his father be wrongfully convicted, Barry Allen (Grant Gustin) grows up to be a forensic scientist. His career path leads him to Harrison Wells (the brilliant Tom Cavanagh, aka JD's brother Dan from Scrubs!) a fellow scientist developing America's answer to the Large Hadron Collider. When Wells' particle accelerator malfunctions, Allen is struck by lightning and left comatose for almost a year. When he wakes, he realises he's extremely bloody fast, basically.

Sure, superheroes aren't everybody tv or movie fan's cup of tea, and this isn't as grimy or 'down to Earth' as Netflix's Daredevil. But with a 96% Rotten Tomatoes rating, The Flash seems to have struck a chord even with sceptics of the genre.

Seasons: 1. Second season on its way next month.

What it is: It probably hasn't slipped under your radar, but we'd hate you to miss it.

Netflix takes on the infamous Medellín drug cartel, which follows the rise and fall of Colombian 'King of Cocaine' Pablo Escobar and the Drug Enforcement Agency agents who hunted him during the mid-90s. It's complex and it's incredible.

A gritty true story-drama surrounding a struggle which is estimated to have cost at least 4,000 lives over two decades. It's complex, and it's going to be one of the most talked about shows in the world over the coming months. 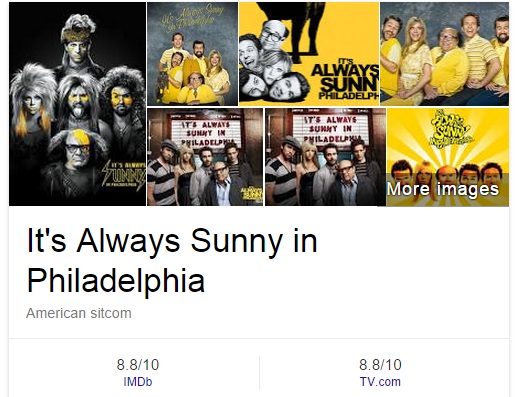 What it is: We're under no illusions as to the fact that, with Netflix, It's Always Sunny has finally reached mainstream conscience. Our great fear is that, for some unknown to God reason, some of you jabronis won't watch it.

Sunny actually began 10 years ago, and now approaching it's 11th season, retains the endearingly filthy humour and incredible writing it had from day one. It's the closest thing we'll ever see to a modern-day Seinfeld, and ("Wildcard!") on occasion, it's funnier.

After eight years of Ted Mosby, I binged all 10 seasons. The writing restored my faith in humanity as the despicably loveable characters did their best to quell it altogether.

Seasons: 10, but well worth the commitment.

What it is: A well written and beautifully shot UK detective drama, Broadchurch is a deliberate, slowly unfolding mystery procedural with terrific performances from a cast including David Tenant and Olivia Colman.

The show received such rave reviews and massive viewership in the UK that, like our own Love/Hate, its rights were accrued by American television for a US version. This US version, despite also starring David Tenant, was largely panned by American fans of the vastly superior UK original, which is set to an amazing backdrop in Dorset.

A nice line on Broadchurch from Rolling Stone Magazine:

The fire-and-ice chemistry between Tennant and his costar Olivia Colman is top shelf, and its second season's pivot from whodunnit to half-mystery/half-legal drama as a trial starts up could not be more deft.

What it is: A true hidden gem, and without doubt the best sitcom created this side of 2010.

Formerly voted 'the funniest man on Twitter,' US stand-up and writer Rob Delaney breaks out on UK and Irish screens with a breathtakingly honest, laugh-out-loud performance. And yet he's still probably not as funny as Dublin's Sharon Horgan alongside him.

Using the kind of script only two hyper-aware, social observationists born 3,000 miles apart could possibly pen, Delaney's Americanisms are constantly struck down in ways only an Irish person could strike someone down, by his one-night-stand-turned-girlfriend, with by far the most realistic depiction of every couple's fucked up dynamic you'll see on tv. It's an Irish woman and American man struggling to fall in love in London, and it somehow amalgamates the senses of humour unique to all three nations with poignant yet laugh-out-loud exchanges.

But there's no point in listening to me. You've gotta see it to 'get' it, to be honest. And all six episodes are on Channel 4 On Demand.

Naturally, we want to hear your recommendations! Watching anything worthwhile at the moment? Give us a shout on Facebook or Twitter!