Video: Was This The Greatest Moment In Irish Television History?

Yes - yes it was. The scene was set on The Den. Two children would do battle for the most prestigious prize in kids tv; a bike. Kevin from County Galway. Amy from County Cavan. It was time for What's Snots.

Den presenter Francie Boylan couldn't contain his laughter, and neither can we, even now.

After less than a minute it becomes abundantly clear that Kevin and Amy have committed the mortal sin for any Den-watching child; they've picked up the phone without asking the bill-payer's permission.

Snotser composure in one of the most unbearably funny situations in what was then about 45 years of RTÉ history is admirable. He holds court while all else falls apart around him. As Francie's head nears implosion from his sincere attempts to stifle his laughs, even Dustin has to exit stage right to crack the shites at the 2-minute mark.

The most magical moment? In the end, after 4 minutes and 20 seconds of heated What's Snots action, both Amy and Kevin win the coveted bikes. But we still think Kevin would have preferred Snotser's shades. 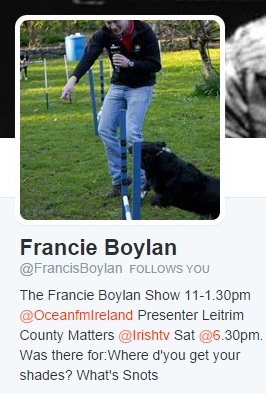