Video: As Trailers For Trailers Go, Deadpool's Is A Hysterical Game-Changer

Let's be honest, none of us ever wants to be excited by a 'teaser' trailer - aka a trailer for a trailer - but it just happens. Like, every time.

The trailer in question can be found at the bottom of this page, but first let us briefly introduce Deadpool to those not quite familiar.

Wade Winston Wilson is a disfigured and mentally unstable mercenary. A self-aware anti-hero, he's often found reading or referencing other Marvel Comics, and is occasionally depicted as Spider-Man's best friend.

He's a badass swordsman with superhuman healing ability, and unlike most other Marvel characters, he swears a lot. A lot.

That's what makes 2016's Deadpool so intriguing. Unlike most other superhero flicks - which, due to their PG13 friendliness, might not appeal to hardcore reel heads - Deadpool is going to blow the roof off cinemas worldwide with some of the most profane combinations of swear words you'll ever hear.

As an example, check out this leaked, computer-generated test footage from last year:

And the potential rating was also addressed in a hilarious spoof interview with Mario Lopez this April:

Deadpool, who will once again be played by Ryan Reynolds, actually featured in 2009's X-Men Origins: Wolverine. It was astonishingly bad.

Firstly, Reynolds' character was depicted as a suitless villain. Secondly, his infamous mouth was stitched shut, meaning no profanity or wise cracks of any kind. Thirdly, his head was cleaved from his body in one of the worst CGI sequences of the last 30 years. 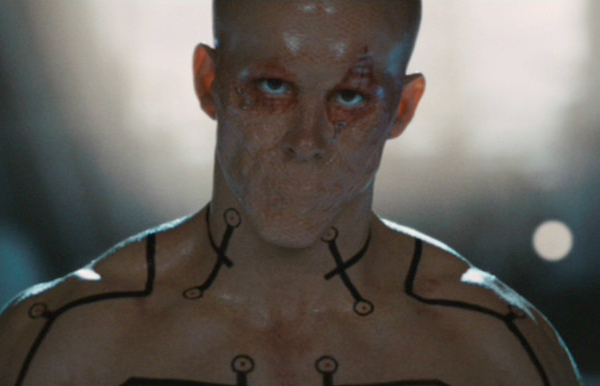 Marvel admitted to making a total balls of it, announced a feature length Deadpool film separate to the X-Men cinematic universe, and even re-assigned the role of Deadpool to Reynolds.

Finally, a teaser trailer has been released, and it culminates in the master assassin taking one of the great meta swipes at Marvel Studios themselves:

#Deadpool did a trailer to a trailer. What a post-modern asshole. https://t.co/JFTxauHDfm

And the full-length trailer will be released on Conan later tonight.