The Story Behind 'Unlucky Bastard' From The Credits Of The Lost World: Jurassic Park

We're less than three weeks away from the release of Jurassic World, and it's going to be a bit of a belter, if this latest tv spot from the States is anything to go by:

'World' will be the fourth instalment in the JP franchise, with 2001's Jurassic Park III never quite meeting the lofty heights of it's predecessors, according to most 'fans.'

Jurassic Park III was the worst thing to happen in 2001 by a wide margin.

By now, most people are familiar with Phil Tippett memes, due to his role being described in the credits of the original film as 'dinosaur supervisor,'  ("you had one job, Phil," etc).

The origins of the sequel's 'unlucky bastard,' however, have always been slightly more ambiguous.

The bastard in question is certainly one of at best mixed fortune, as it turns out; a minor character in the film, he is the only man seen to be eaten by The Lost World's escapee T-Rex as it rampages through downtown San Diego. He squeals, bones crunch, and it's all quite unsavoury as he gets devoured by the famed tyrant lizard. 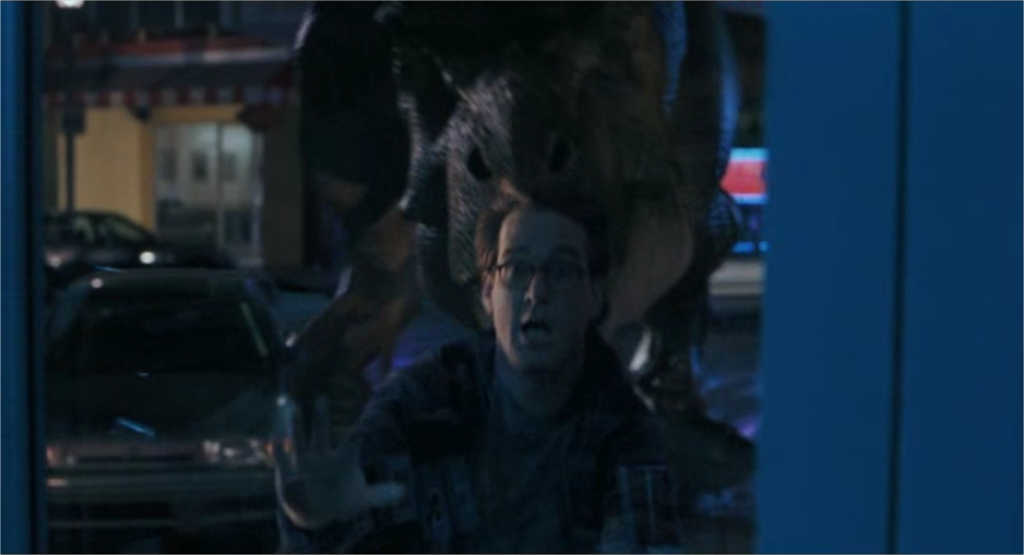 Look familiar? That's because, in reality, this bastard isn't unlucky at all. The character is played by screenwriter David Koepp (Jurassic Park I & II, Mission Impossible, Spider-Man among others) who, when he adapted Michael Crichton's novel for the big screen, wrote himself into the film to be eaten alive. Literally for the craic.

Sadly, Koepp isn't involved in Jurassic World, but with the GM hybrid 'Indominus Rex' prowling through a fully-functional park next month, we're fairly certain there'll be a more than one unlucky bastard in this one. Here's the full trailer, for your troubles: