The Stats Around Drink Related Medical Emergencies In Ireland Are Staggering

The Global Drug Survey has found that Ireland has the highest percentage of people who've sought emergency medical treatment for an alcohol related injury over the past 12 months.

2,392 Irish people were surveyed, with 2.8% reporting that they needed emergency treatment in the last year. Perhaps even more alarming is the fact that of the 2.8% only two in ten said they cut down on their drinking after the incident. 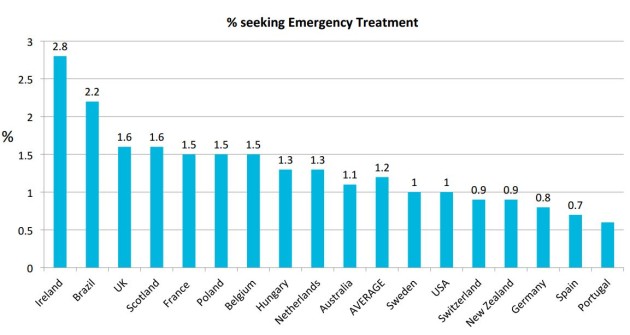 The survey further broke down the figures of those who sought attention, with 71.2% being admitted to hospital. 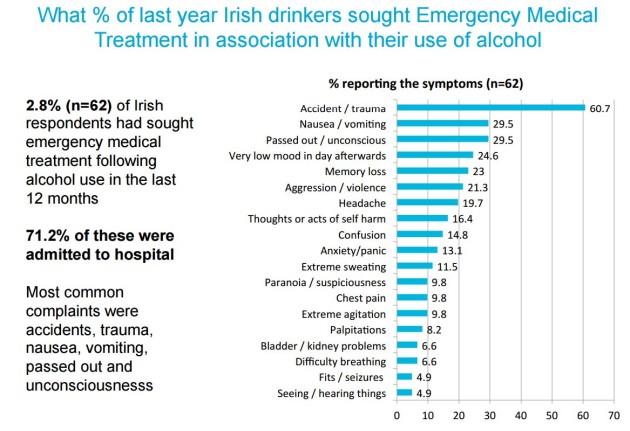 After digging deeper they found that only four in ten of those who got medical treatment changed their drinking habits but 38.5% of all Irish people surveyed indicated that they wanted to drink less.

Ireland’s reputation for heavy drinking is well deserved. Not only did Ireland have higher rates of drinkers at risk of dependence (AUDIT score of 20 or more), they report needing to drink more alcohol than almost any other country to get as drunk as they would want to be but they also had the highest rates of getting more drunk more often than they wanted to, thinking their doctor would tell them to drink less, attending A&E after drinking more often and perhaps thankfully the highest proportion of drinkers who want to drink less in the coming year.

Irish people were found to have the highest dependence on alcohol, by quite a distance. 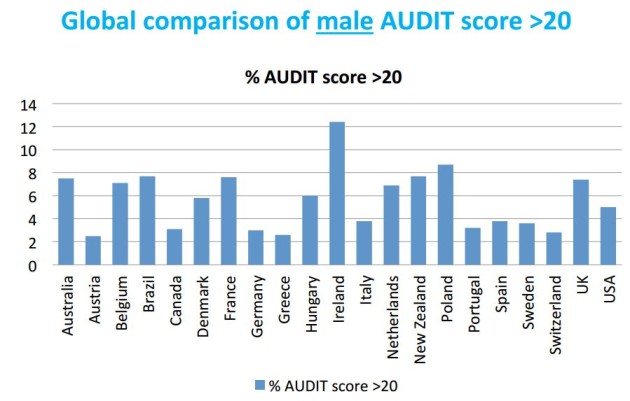 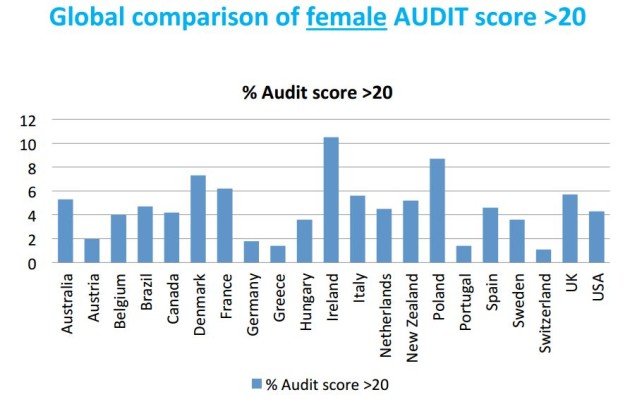 Overall it doesn't make for pretty reading. Dreadful reading in fact. How do we tackle this problem?