For a lot of us Electric Picnic is the best way to round off a summer of festivals and it's the event we most look forward to.

Getting a ticket close to the weekend can prove an absolute nightmare so when you have one of those babies you really don't want to give it up for anything, not even the sake of keeping your job it would appear.

A girl called Emily took a screenshot of an email she received from her boss telling her her P45 was in the post after she refused to sell her Electric Picnic ticket and she posted the screenshot to the Electric Picnic Facebook page. 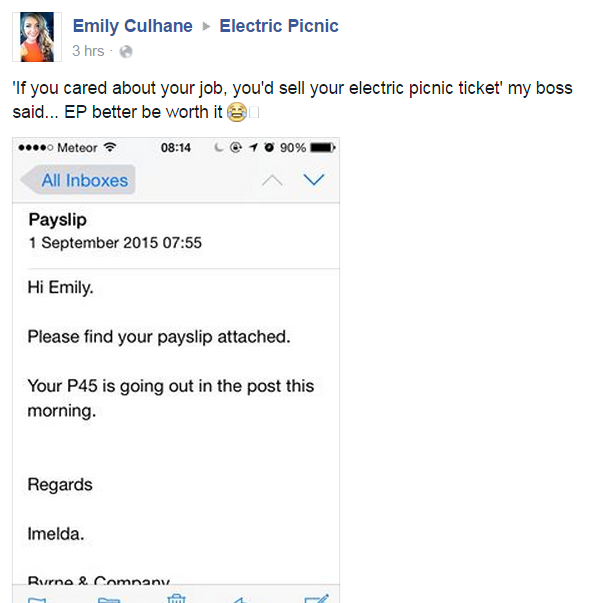 Now that is some serious dedication to the cause.

The post, at just three hours old had over 10,000 likes, 319 comments and 60 shares with most of the comments commending her on her decision, saying "fair play" and "you're only young" but of course there were the few party poopers who pointed out that it was all fun and games until she came back to no wages on Monday.

Electric Picnic is definitely worth it Emily, you made the right call. Go Team Emily!