Jared Leto is doing his best to make The Joker look like a deranged freak ahead of Suicide Squad.

Take our eyes, you bastard, but not Harley Quinn. The prestigious role has been considered to be somewhat of a poisoned chalice given Heath Ledger's Oscar-winning performance as the complex and disturbing supervillain in 2008's The Dark Knight, but Leto might just be weird enough to produce his own memorable Joker portrayal. 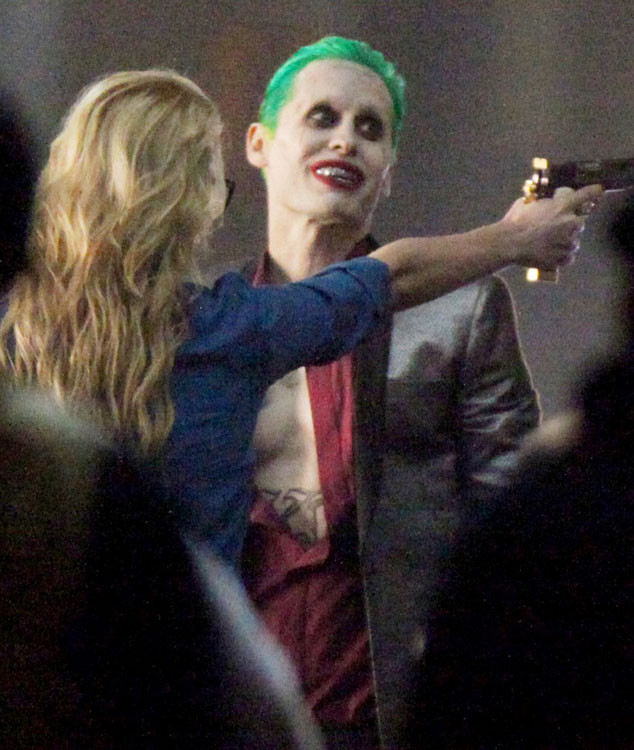 Pretty sure Jared Leto once sported this hairstyle in a 30 Seconds to Mars video. 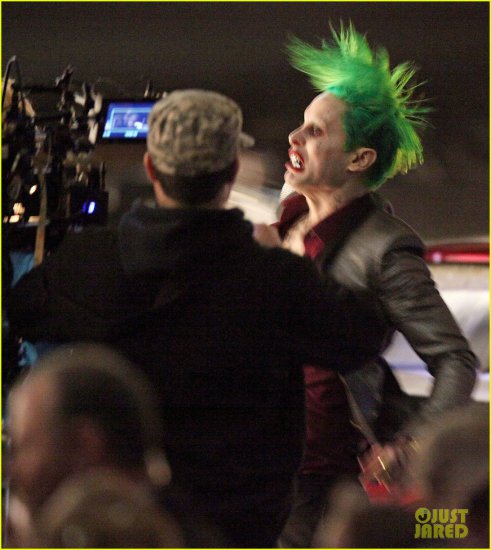 Perhaps a subtle homage to The Joker's famous scene with Harvey Dent at the hospital in the Dark Knight, where the scarred mastermind compelled Dent to pull the trigger on him (but, on second glance, seemed to hold his thumb behind the hammer to ensure the gun couldn't go off). No such defence for Leto, who seems to be full on daring Harley Quinn to put a bullet through the 'Damaged' tattoo he is confirmed to don on his forehead when Suicide Squad hits cinemas next year. 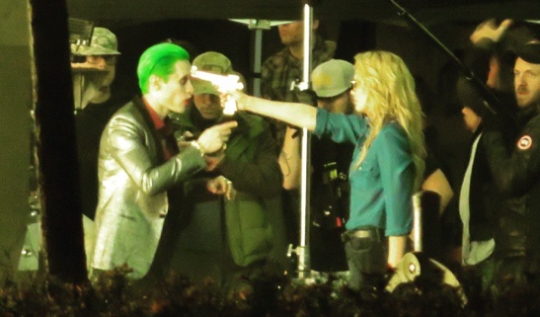 Whereas Ledger's Joker had no interest in financial wealth or material possessions, Leto's seems to be a fan of what we believe to be known in Hollywood as 'bling.' 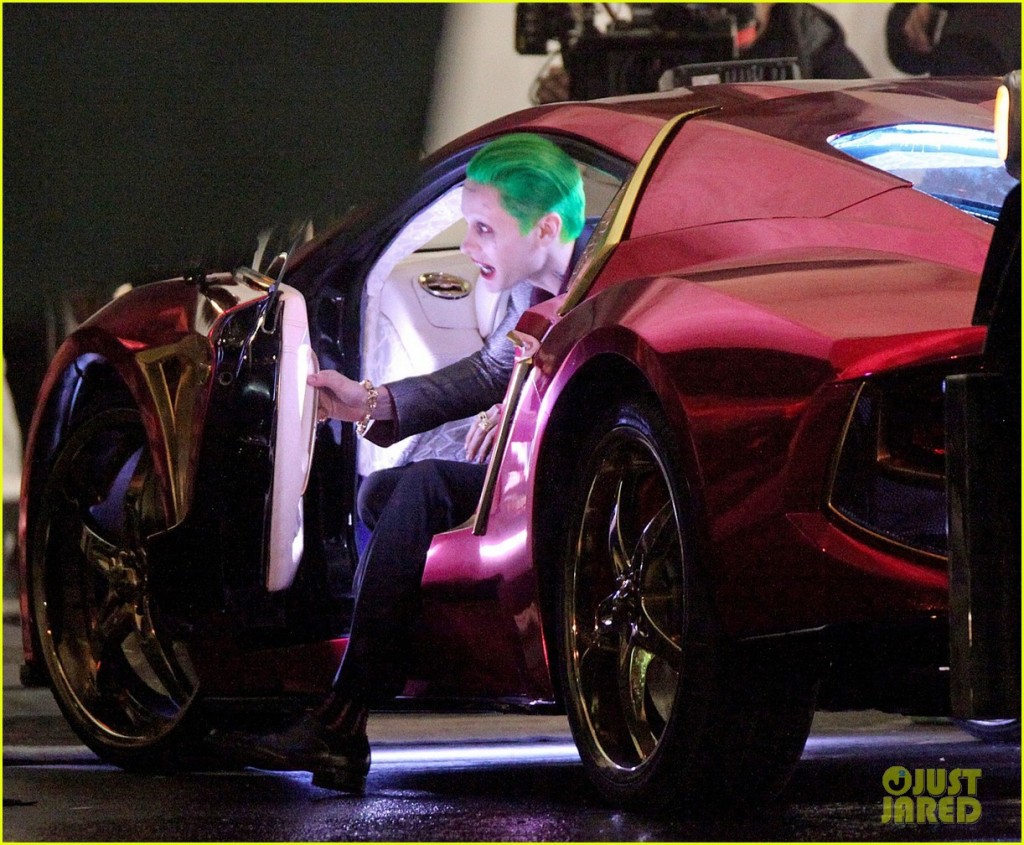 Even his legs seem deliberately weird. 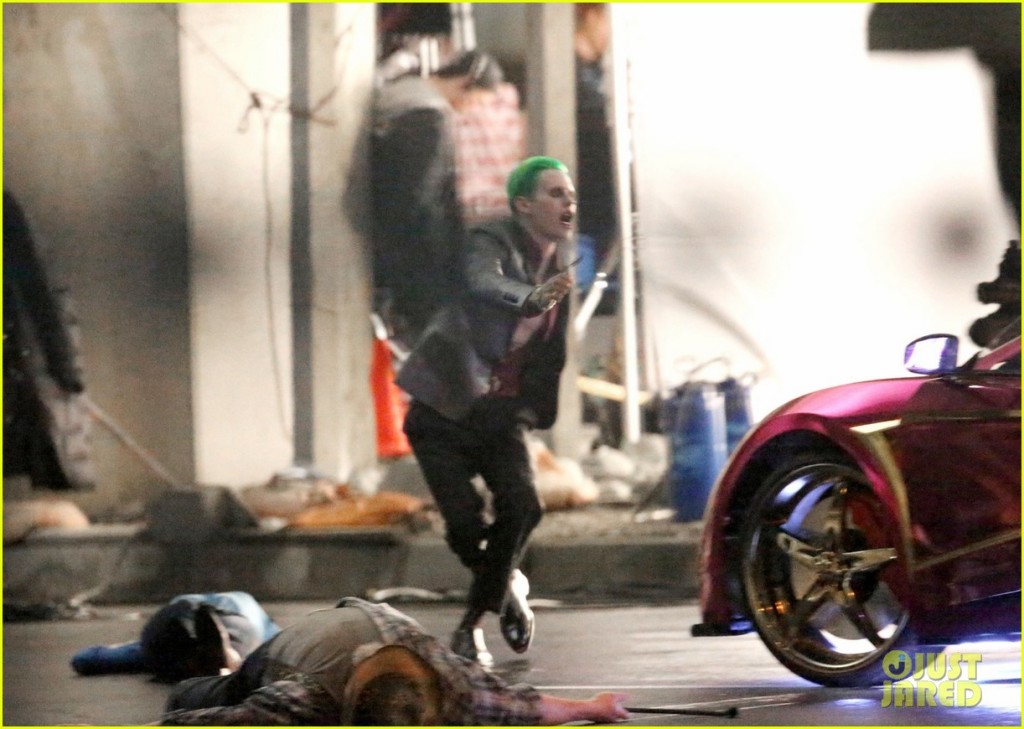 You might have noticed that The Joker has picked himself up a 'Jokermobile.' The car is understood to be a customised Infiniti G35, but check out the licence plate. Again, not exactly subtle, but the irrefutable sign of a very insane man. 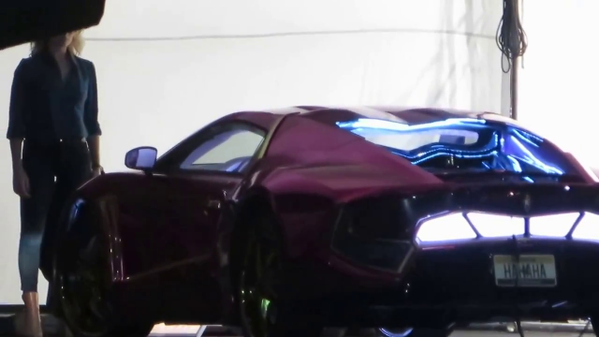 Most second hand footage of The Joker's on-set exchanges with Quinn, played by Margot Robbie, have since been removed by Warner Brothers. But don't say we do nothing for you...