With just a few days to go until the marriage referendum, priests are weighing in with their opinions left, right and centre but it's two fictional clergymen who caught our eye.

Some talented artist has taken Father Stone's painting of himself and Father Ted, given it a bit of a facelift and used it as part of the yes campaign. You can find is on Liffey Street, on an electric housing console, as Big Jim (not relation to 'Auld Jim Halpin') pointed out on Twitter. 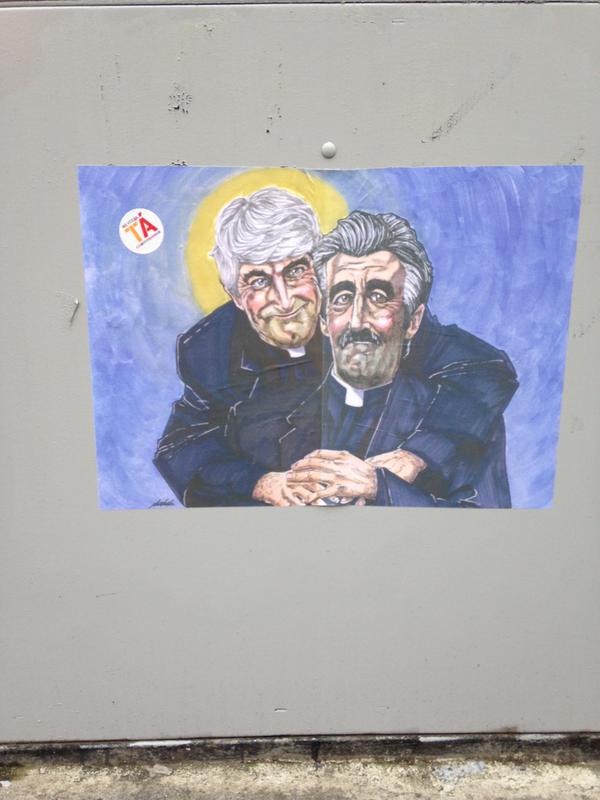 Just in case you forgot, here's what the original looked like: 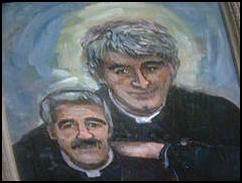 Meanwhile another new mural, in Caherkinmonwee Castle in Galway, caught our eye this morning.

A #YesEquality mural has appeared on a castle in Galway #MarRef pic.twitter.com/Ke8vRFrIIt