If you're not up to date with Game of Thrones, well, shame on you. Look away now. For all of you normal folk, this is gas.

It turns out special role was needed for Cersei's 'walk of atonement' scene in order to evoke the necessary emotions from fans of the show. That role? A Caucasian man aged between 25 to 50 who would be willing to get his dick out for the lads and shout, "I am a Lannister! Suck me off!"

By now, you'll know somebody stepped up to the plate, and it was a brief, humorous respite in an otherwise tense six hour scene, or so it seemed, as Lena Headey's head reacted to her body double's lady parts being ogled by thousands of King's Landing natives.

The guy who 'came out swinging,' so to speak, got the part when he responded to this email, which detailed at great length the requirements for such a pivotal role to the scene: 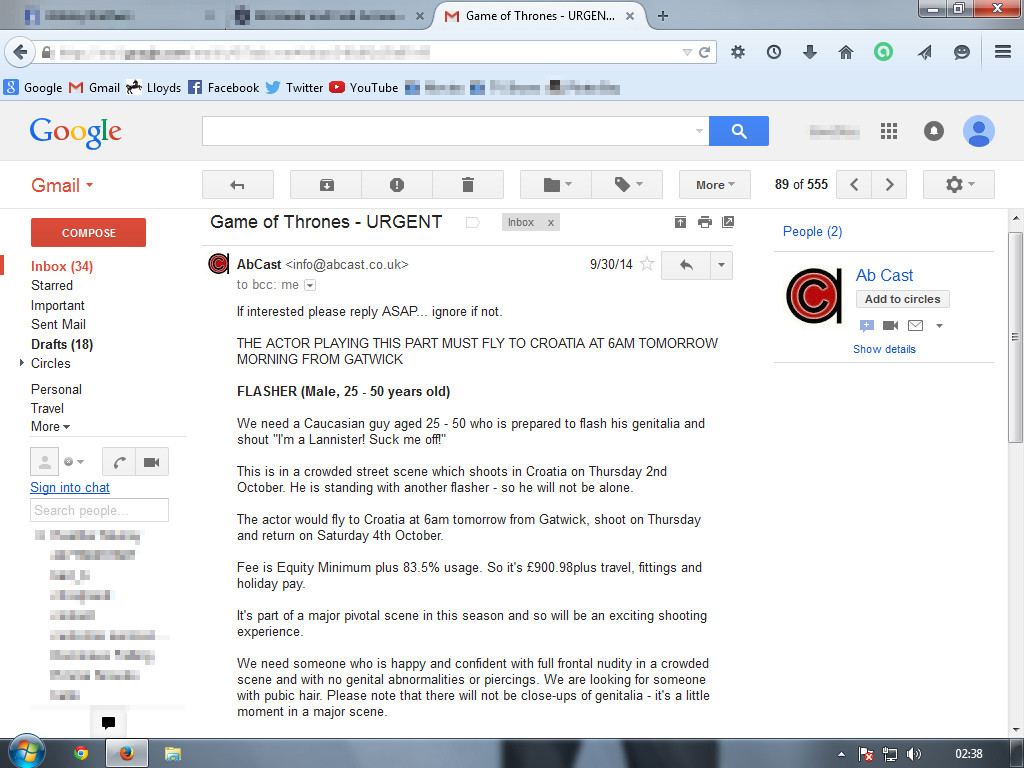 There are a few things to point out here:

1) No, I did not apply for the role. The email surfaced on Reddit, apparently posted by an actor who received it but couldn't travel due to his passport being expired.

2) We all *should* have applied for the role. £900 plus a free trip to Croatia, and all you had to do was drop trou'? That's essentially like being paid to go to Ultra Music Festival.

3) "He is standing with another flasher - so he will not be alone," might be the best sentence in the history of electronic mail.