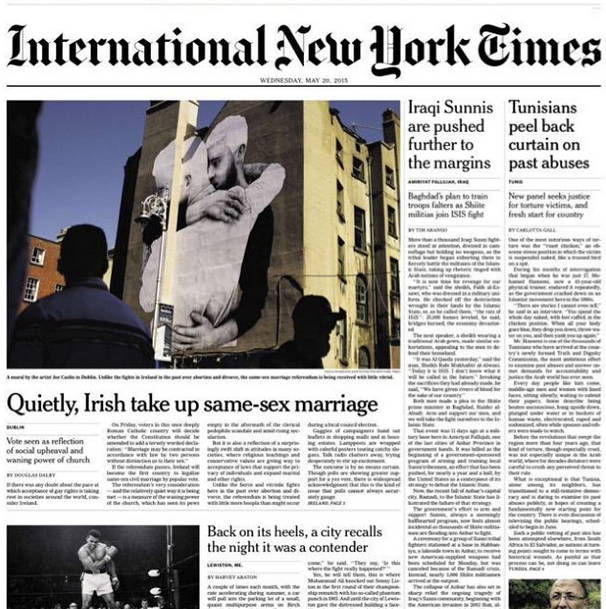 Joe Caslin's marriage equality mural on South Great George's Street is featured on the front page of the international edition of the New York Times, in an article which builds up the potential yes outcome of this Friday's referendum.

We can easily get caught up in the fervor of the debate and forget that we stand on the cusp of a monumental event. As Douglas Dalby points out in his article:

If there was any doubt about the pace at which acceptance of gay rights is taking root in societies around the world, consider Ireland.

On Friday, voters in this once deeply Roman Catholic country will decide whether the Constitution should be amended to add a tersely worded declaration: “Marriage may be contracted in accordance with law by two persons without distinction as to their sex.”

If the amendment passes, Ireland will become the first country to legalize same-sex civil marriage by popular vote.

You can read the full article here.