A Beginner's Guide To Speaking Cork

There are phrases indoctrinated into Irish culture, unique to various corners of our little island. In fact, in terms of vocabulary, we have the most diverse vernacular per square mile.

I absolutely made that fact up. Recently my colleague Mallorie introduced us to the world of Tipperary slang with a superb guide to speaking Tipp. As an overly proud Corkonian, I felt obliged to respond.

The Rebel County - much maligned by the other 31 slightly shiter counties for its honest-to-god, salt-of-the-earth inhabitants, magnificent scenery and illustrious history of unrivalled success in every field - borderline has its own language, as is befitting of other storied people's republics across Europe like the Basque region and Catalonia.

In order to cross the border from neighbouring regions, one must have a scrupulous knowledge of the history of Roy Keane, a Cork passport, and at least the basis of this unique and audibly pleasing language which Tommy Tiernan once astutely compared to the ever-amorous French tongue. 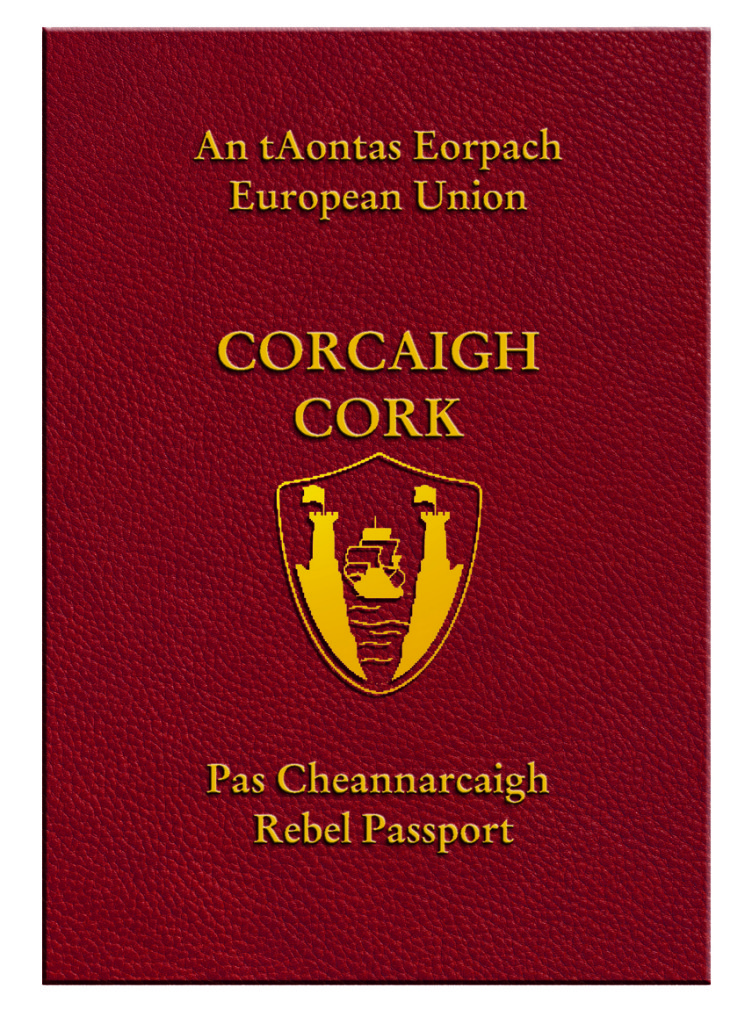 To get you started on the language front, I've compiled a small list of lustrous phrases unique to Leeside, along with the translation, so that next time you're on the lash - whether it be in Middleton, Mallow or Skibbereen - you can blend in with the occasionally hostile natives. And trust me, we'll sniff you out as soon as you stroll through the door of The Secret Garden in Havana Brown's.

"C'mare" usually prefaces a cheeky question though, so the asker will only half expect an answer.

Example: "C'mare? What's the story with you and your one?"

Translation: "Please, show me what you're looking at." (usually involves something funny on a mobile phone).

Translation: Corkonian for "will you?" but only at the end of a sentence. To begin a question with 'willa' would result in almost certain exile, plus we'd just presume you were addressing someone named Willa.

Example: See example given for "G'is a sconce?"

Translation: 'I was heavily inebriated.'

Example: "I was langers last night, biy. Tried to climb the fountain and fell off. 13 stitches in CUH. The joys of it."

"I got the gawks"

Translation: Not 'to have a look,' as it means across the country. In Cork, to 'get the gawks' means 'to vomit dramatically.' Everybody in Cork has had a tactical gawk down Piss Alley off Grand Parade before moseying on to their regular haunt.

Example: "Yeah, I was clung to the bowl for half the night, sure. Got a fierce dose of the gawks."

Translation: Closely related to the concept of something being in 'mint condition.'

Example: X: "See Rasher's miss for the seniors last night? Did he win a raffle to get on that team or what?" Y: "Chalk it down, kid."

Translation: Corkonian for having encountered or spotted one's doppelgänger.

Example: "He's the bop off your man from True Detective!"

"I went back to a gaff on College Road"

Translation: A polite way of saying either a) "I got the leg over last night" or b) "I raided a total stranger's cupboards for cans and had a daycent laugh."

Example: "I went back to a gaff on College Road." Enough said.

Translation: "Hang on for one moment, please." See also: "Stall the ball."

Example: "Stall on, what are you on about biy? You did yeaaah."

Translation: "I have a spare Malteaser and I'm going to chuck it in the air, encouraging a free-for-all-type scenario."

"We're over by The Fountain"

Translation: Firstly, some brief context- as far as I know, there is only one fountain in the entire county of Cork, and alongside this perennial social gathering spot is one of the city's finest 'I'm hanging for a munch' fast food outlets.

Both "We're over by the fountain" and "I'm outside Hillbillys" vaguely translate as, "Waiting for a taxi on Grand Parade, and unless you specifically request otherwise, will probably be gone by the time you get here."

Example: "We're over by The Fountain, where are yo- LADS STALL ON FOR GAV THERE! - where are you? Nah, we're gone I'd say. Follow us back to that gaff on College Road sure!"

If you've got any personal favourites that I've left out here, please drop us a comment and let us know! Once it's not 'feek' or 'flah,' because nobody says those anymore. We'd also encourage you to tag any friends who perhaps overuse one of these terms, particularly The Fountain dwellers and Hillbillys munchers!