Even as a young kid in Ireland, it's hard to forget where you were on this day 14 years ago. It was hard to gauge what it meant initially - I'm not even sure I had heard of the Twin Towers before that day. But the gravity of the situation became apparent with the images that were broadcast on the television later that day.

It's still a fresh memory for Americans too. Sandi Oshaben was 11 years old when it happened. She was in school in Pennsylvania, 45 minutes from where Flight 93 plane hit the ground. For Sandi, and all other Americans, the pain and memory is still fresh from that day. 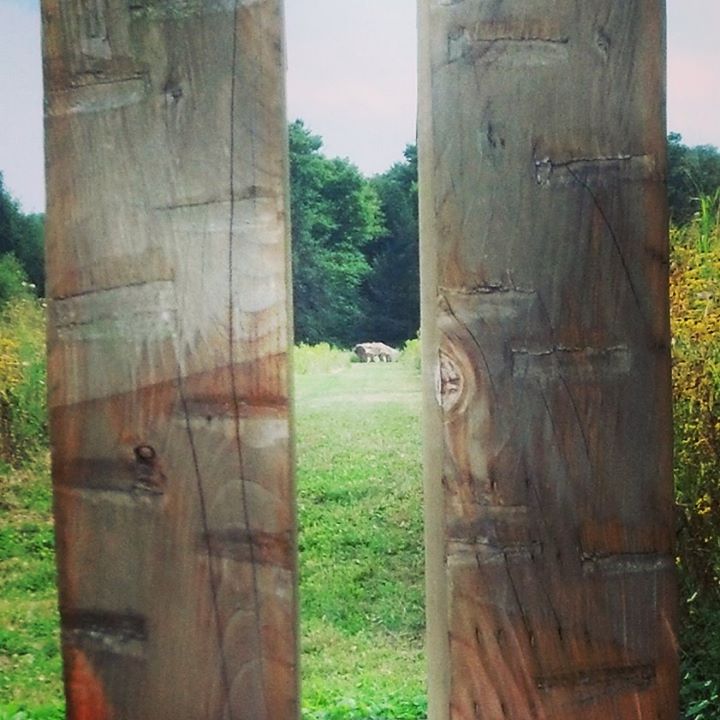 We are a generation shaped by the events of this day. We can tell you where we were, that we walked in to Mr. Branas’ room for 3rd period to find the TV on and the sight of a tower leaking smoke as the News anchors spoke of some sort of “freak accident” involving a plane and the World Trade Center. That we turned to the kid beside us, and said “No one is stupid enough to ‘accidentally’ fly a plane into a building.” The tones of horror layered in those anchors’ voices when they reported that a second plane had hit.

Watching the terror in the eyes of a reporter who was Live from the Pentagon when the camera was knocked off-kilter and he stumbled, recovering long enough to say, “It seems as if perhaps a bomb has gone off. We don't have information yet,” before the screen cut to black. And the sirens. The howling and wailing of the sirens that seemed to echo over the hills for days after Flight 93 went down in what felt like our backyards. How the magnitude of what was happening seemed to register more and more as frantic parents came to pick up their children from the school which had been put on lock-down. The confusion, the anger, the absolute devastation in the days, the weeks that followed.

But, more importantly, let us remember this-the men and women who ran up the stairs while everyone else fled down to safety. The strangers reaching out to comfort one another as they stumbled out of a haze of dust and destruction. And the ultimate sacrifice of those who took down a plane, knowing full well they would perish so that hundreds of others would not.

Let us not be shaped by fear, by aggression, or by hatred; the intentions of that dark mission, a victory for their cowardice. Instead, let us be shaped by bravery and kindness. Let us learn to be more understanding of those who are not like us, that we might show future generations that being united isn’t just for times of tragedy. Let us live every day without holding back, and let us teach others through our own actions that courage comes in varying sizes; that in seeing the day through to its fullest potential and that in committing even the smallest of these acts, we honor those who are no longer here to do so, those that gave the most. Let us love each other in a way that makes every life too precious to waste.

Let us not be shaped by the images of flames and destruction, of a landscape scorched by Hell itself. Let us be shaped by the hands we hold and hold us in return, by the life springing up from the ashes and conquering the darkness. We are a generation shaped by the events of this day. We are shaped by Hope.

(Photo taken at the Flight 93 Memorial near Shanksville, PA September 2014. The cleared area and boulder seen between the wooden gate slats marks the path and final resting place of Flight 93, lush with vegetation and life that conquered the barren dust.)