8 Things That Remind Us Of Being An Altar Server

Going to Mass was something most people abhorred in their youth. There was a blatant lack of entertainment coming from the pulpit, the obligation to be reverent for half an hour left us feeling restless, and don't get me started on missing out on the Big Big Movie on a Saturday night.

As much as we protested though, you had to go to Mass. In fact, putting up any form of a resistance was normally met with repeated skelps of a wooden spoon.

But there was a block of time during the primary school era when going to Mass carried a certain appeal. Altar-serving gave us the opportunity to break free from that passive position in the congregation and make a real difference at Mass.

And for those who were lucky enough to be entrusted with the role, you will recall all these wonderful memories of doing your bit for the parish.

Sorting Out The Jobs

'Ok you do the chalice, I'll do the bell and Tommy and Mark will do the gifts.'

It was chaos in the sacristy for those 15 minutes before the beginning of mass. Thankfully though, one of the senior servers always took control of the situation and managed to restore some order by dolling out the tasks before heading out to face the public.

Different churches had different names for the jobs but roughly they could described as the gifts, the bell, the chalice and the water.

The gifts was a two man job at mass. A rookie normally paired up with someone more experienced to ease them into the role and avoid any catastrophes.

Total focus was needed here to ensure the bell was jingling at the appropriate times during the procession. Three fluid swings of it was sufficient. Any more than that and you were just taking the piss.

Carrying a small jar of water and a golden cup covered in jewels might seem like an elementary process but there was more pressure associated with these jobs than you think. Servers with a talent for working alone were normally delegated these jobs and because they closed out the service, it was essential you nail it on the first go to close out the mass on a high note. 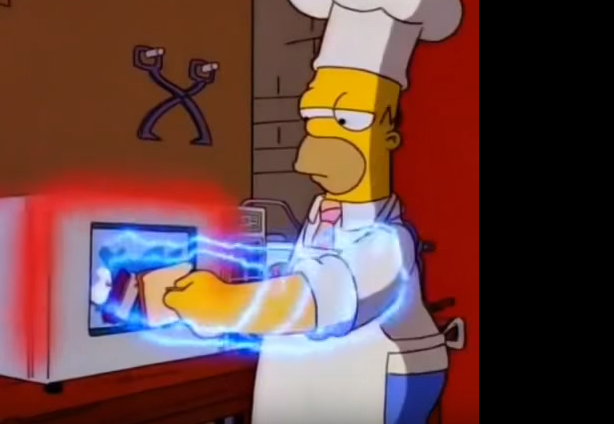 All the little tasks seemed so easy in theory but under the white heat of the church porch spotlight, the demons of stage freight lingered all around. At least one of the newbies always cracked on the first shift.

You needed more than good bell-ringing technique to get the call up for a job like this. The ideal candidate had at least one year senior alter serving experience and a good handle of their emotions was desirable.

But putting in the miles was all worth it in the end. Weddings and funerals were solid little earners with a general take home pay of between 5 and 10 euro after tax.

Another major attraction for alter serving was the benefit in kind that came with the job. During Holy Week - the busiest time in the church calender - servers would typically be rewarded with enough Easter Eggs to induce Type 2 Diabetes.

Criticising The Next Generation In Your Adult Years

The life of an alter server doesn't last long. It's a narrow window of opportunity usually confined to those in fourth, fifth and sixth class. By the time you enter first year of secondary school, it's time to reluctantly return to the pews where life as another run-of-the-mill worshipper soon resumes.

But at heart, you're an alter server for life. The methods for all the jobs are forever engrained in the memory and you can't help but find yourself picking up on any mistakes made by the new generation and chastising them in your mind for their sinful errors.