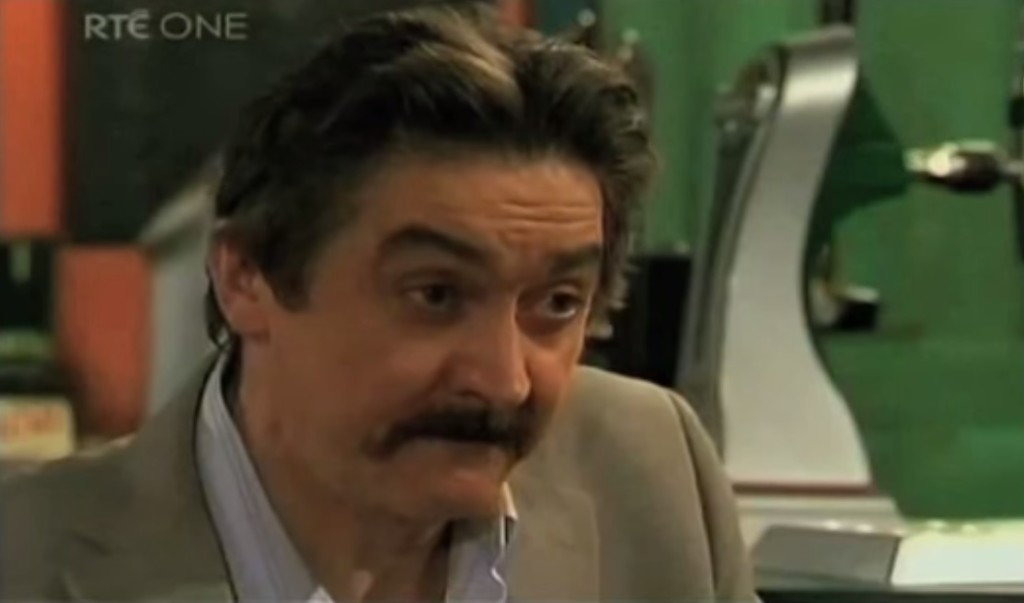 Crime lord with a penchant for cute-hoorism and every bit the evil presence in Carrigstown in the mid-2000s, Sylvester Garrigan was a renegade to the notion that Kerry men can't sound threatening. Garrigan gained utmost notoriety in an iconic scene with his Judas-like crony, Mick Mahoney. Feeling betrayed by the brash Dub, Sylvester brought Mick into a room where had a film based on the Japanese Yakuza waiting to be shown.

"What do you want me to do?" Mick asked.

"Enjoy the film, Mick," said Garrigan as he left the room, presumably to drop the mic.

Long story short, the 'tache-wielding maestro manipulated Mick to cut off his own finger in order to gain back his trust. Love/Hate eat your heart out- and had Sylvester not finally been brought to justice in 2006, he might have made you. 660,000 viewers once watched him survive a drive-by shooting. Presumed to be in prison for the past 9 years, Sylvester's inevitable return will be a triumph for Irish television.

So mysterious was he, in fact, that the Independent were once sworn to silence about his horrific crimes: 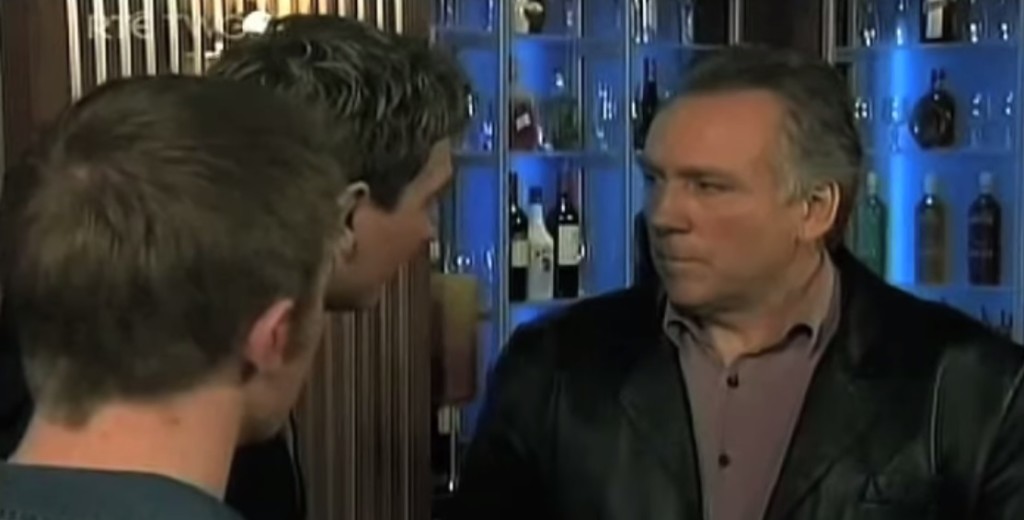 Famously ordered the drive-by shooting that almost rid us of Sylvester in 2006, just before chopping his own finger off to save his skin. When the assassination attempt went tits up, Mick lay lower, with the odd threat to those who planned to release a tell-all novel on Garrigan's underworld transactions and shooting. Mick's whereabouts are so uncertain that after hours of scouring the annals of episode synopses from 2006 and 2007, this was the closest I came to locating the Tallaght man: 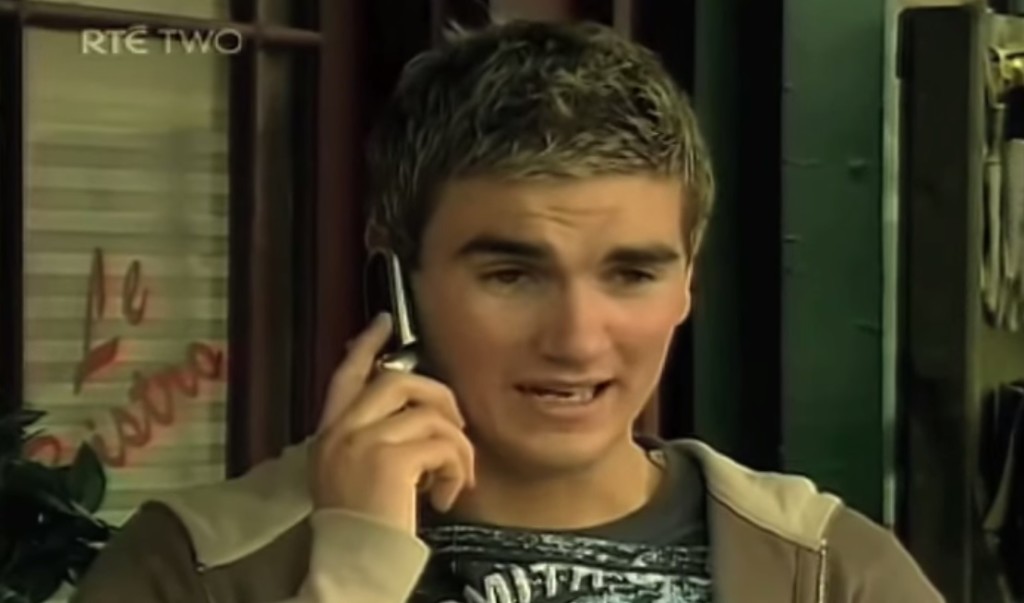 Poor young Lorcan never had a prayer, did he? Son of 'Caddle,' the poster boy for Fair City in the mid '00s donned a fantastically anxious facial expression for 100% of his eight year spell in Carrigstown.

A promising brothel and drugs tycoon from a young age, Lorcan famously rode the bike from which Sylvester was shot before swearing his allegiance to the moustached deviant. He was killed shortly afterwards in a botched assassination attempt on a detective who was investigating Sylvester, leaving behind a young son, Lorcan Jr, and his wife Ali who fecked off to Manchester soon afterwards with a new man.

Lorcan's name shines bright alongside the likes of Jimi Hendrix and Amy Winehouse in the 27 Club. Gone too soon. 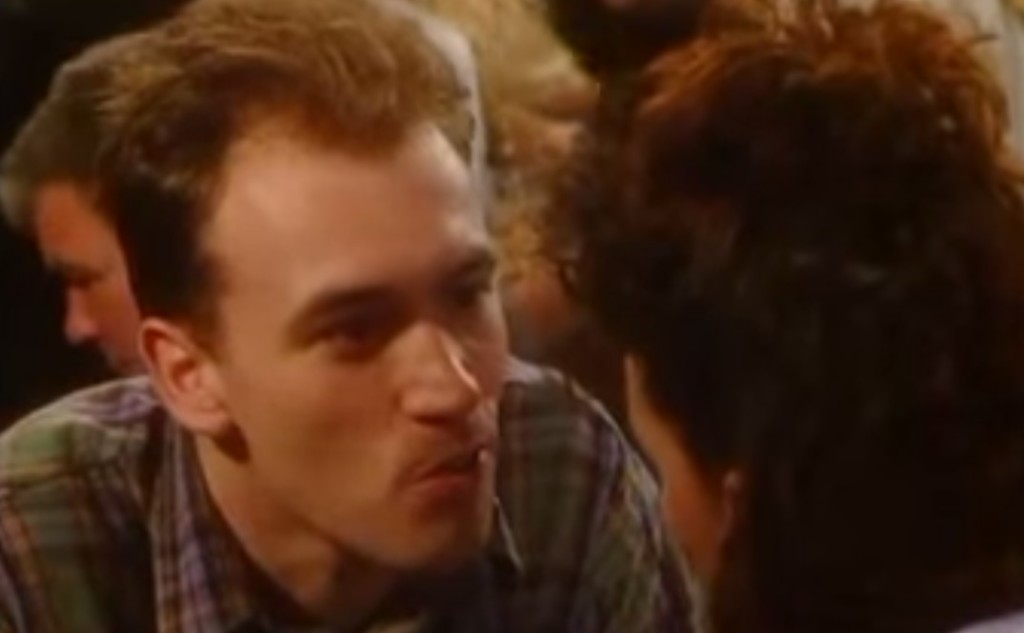 Long before he crashed weddings and all seventeen of his wives had either been killed or left him, Paul Brennan was a hopeless, spontaneous romantic. It has long been muted that Paul's sense of hope is directly proportional to his hair, and in that sense he lost all of it many eons ago. And yet still he tries.

But this isn't about his troubled backstory - his failed marriages, his strained relationship with his children, the collapse of Blue Dolphin - this is about remembering the youthfully exuberant twinkle in his eyes; those eyes who lured a plethora of women into his romantic scope when Paul carried a full head of gruaige in the first ever episode of Fair City in 1989.

Not five years removed from the Bishop Eamonn Casey revelations did Fair City - finger on the nation's pulse, as ever - go one step further, when Fr. Malachy Costello began a romantic connaissance with Kay McCoy. Not one to beat about the bush, Malachy married his sweetheart a year later, in 1999.

From then it's hard to say what he did apart from pull pints in McCoy's, but I do seem to remember him trying to rescue a boy named Stephen from a religious cult of some description, and he probably had several affairs, such is the nature of the beast. He also adopted Lorcan with Kay and was obsessed with 'the shelter'.

Rumour has it he fled the country with a woman named Lara in 2009. Classic Malachy. 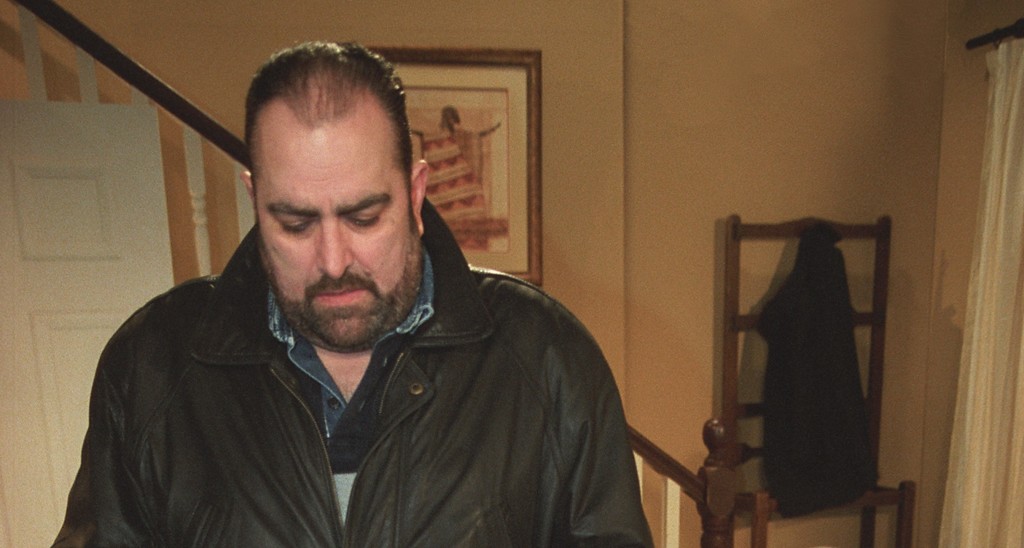 What can you say about this man, really? Ireland was shook when Harry met Shelly in the early '90s, cheating on his wife with her devious best friend. In the end, it was the seemingly constant deaths of their children, along with constant claims against 'The Garage' which tore Harry and Dolores apart.

A murder charge saw the most Italian-looking man in Irish history flee great distances seeking anonymity; Molloy was purportedly found hanged as far away as Cork, freeing up a full booth in McCoys' for younger pub-dwellers. 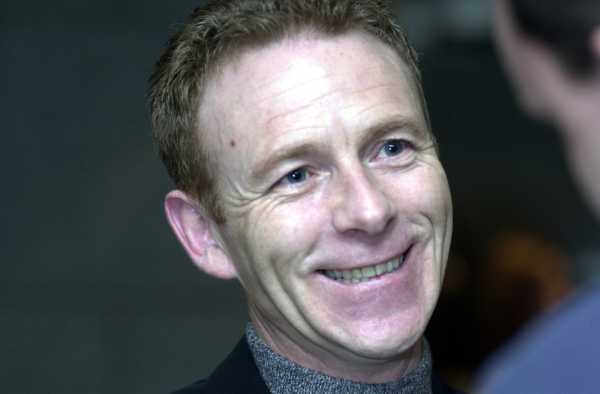 In the end, it was a Big Bertha that done for Little Billy, as his stepson Lorcan drove his skull 270 yards down the fairway that is Fair City. Well, it was actually a five iron, but he is still very dead. The violent crime lord became Ireland's answer to 'Dirty Den,' with his abhorrent abuse of women in particular proving his ultimate demise, as Carol's son bashed him up good and proper, which likely saved us from the unsavoury reality of some Fair City fans writing to a fictional bad boy in a fictional prison.

If you have been affected by any of the characters explored in this article, please speak up and let us know. Have we forgotten anyone?