The festive folks at crisp and potato producers Keogh’s Farm have launched a formal investigation into Ireland’s Christmas traditions and favourite festive foods, asking over 1,000 people to chime in with their two cents, and the results are fairly saucy.

For starters, did you know that while sitting at the table, 91% of Christmas munchers will pull Christmas crackers with their family, 56% will begin with a toast to health and wealth, 42% will acknowledge loved ones missing from the table and just the 19% will say grace before meals?

These stats, however, were mere appetisers. Here are our 7 favourite facts about our especially Irish Christmas habits:

The fact that 30% of Irish folks will travel to their parents' house for Christmas dinner à la Mammy this year shouldn't go unnoticed here. Everything tastes good when it's served up to you, you lazy buggers!

Yep - 34% of Irish adults clink glasses and pull crackers no later than 3 o'clock, presumably to leave time for dessert, booze and the food and/or booze coma that inevitably seizes control of your body and mind as you sit fireside and feign interest in your nephew's remote-control car, which in truth you wouldn't mind steering off a cliff.

Can you guess the number 1 side dish choice for 42% of Irish people? Ah, you can. 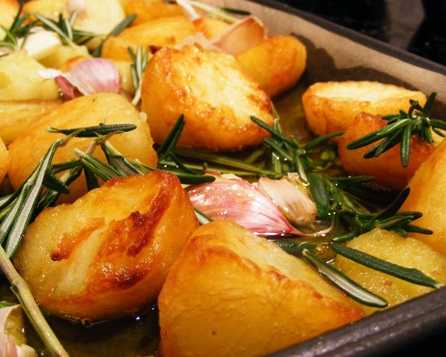 You better believe it's roasties. Was it ever in doubt?

20% of Irish adults feed the dog from the dinner table during Christmas dinner.

It's only fair. Family is family, after all.

90% of Irish grown-ups indulge in a good ol' leftover sambo, such is the right of passage in Irish society. The other 10% - the Christmas hipsters with too much time on their hands - apply the turkey to dishes like lasagne. We should light a candle for these people on Christmas Eve.

75% also mentioned writing a letter to the big man in the North, and 58% also citing getting special Christmas clothes - a memory which I have personally long-since removed from my mind due to the circulation of a number of family photographs featuring me in a waistcoat.

4% of Irish people will opt for salmon over turkey and ham. These people are weirdos and should not be tolerated.

Okay, we made up the second bit, but unless your religion is Islam or you were just really adversely affected by Babe, there's surely no excuse for going so far left of field? Salmon? It'd be like eating an omelette on Pancake Tuesday.

A huge thanks to the folks at Keogh's for sending this infographic our way! 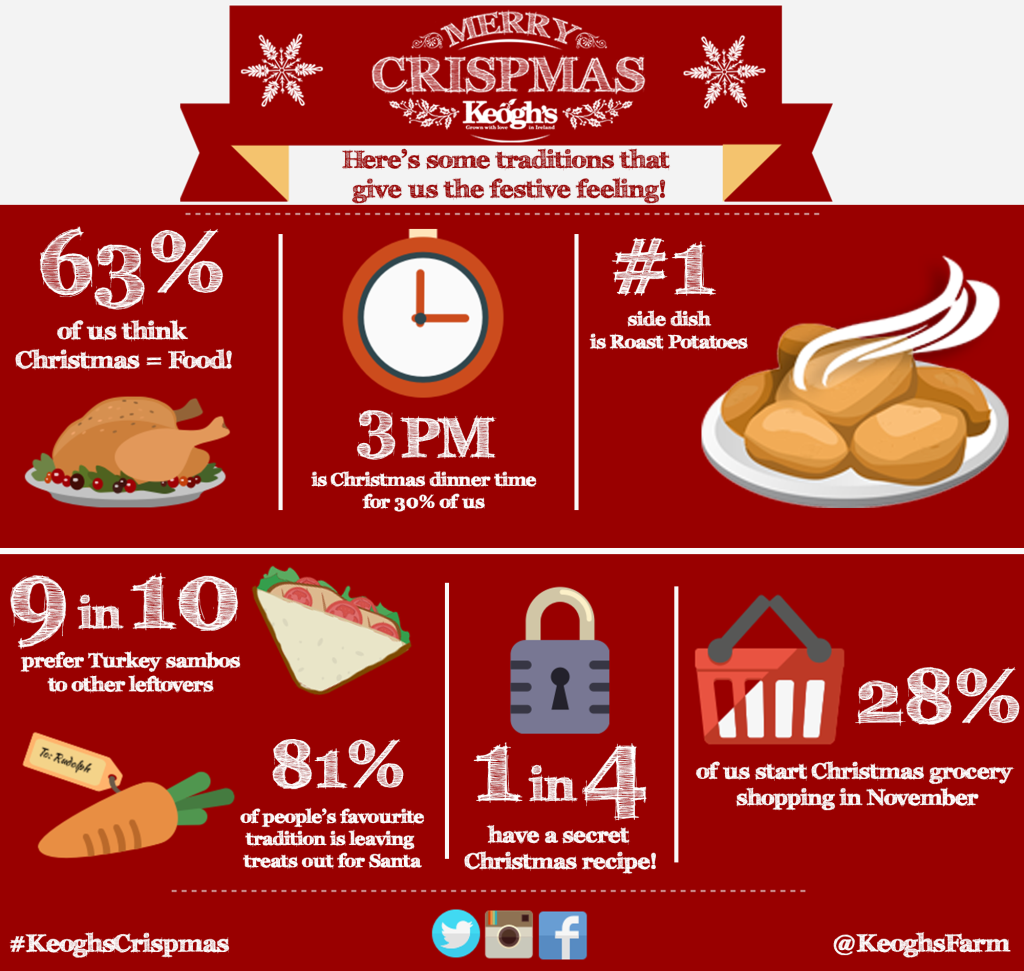 Got any weird Christmas traditions, quirks or recipes for us? Give us a tweet or let us know on our Facebook page!