14 Things To Remember From Season 2 Of OITNB

With the much anticipated return of 'Orange Is The New Black' finally upon us, every fan is counting down the hours left in work before they can rush home and speed through season 3. If you didn't have the spare 13 hours required to gloss up on your season OITNB knowledge, fret not because here are the 14 things things you need to remember from season 2 before you dive into the new season.

1. Larry and Piper are no more. 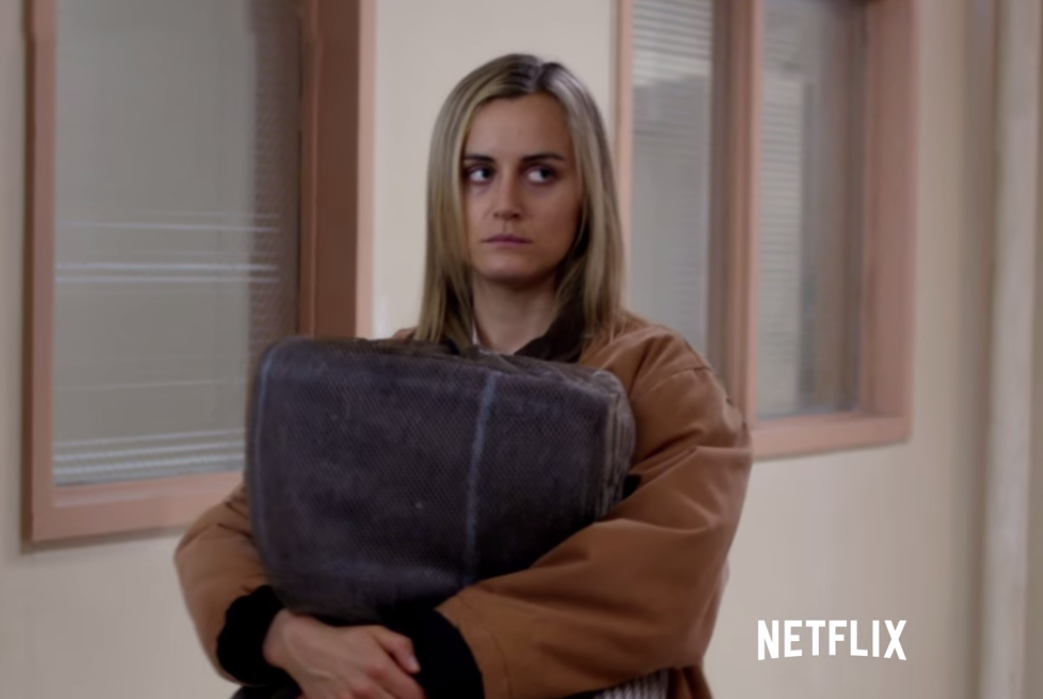 In fairness, your partner going to prison would test any relationship, but in season two, when Larry started a relationship with Piper's (Taylor Schilling) best friend Polly (Maria Dissia), it was pretty much the final nail in the coffin. Any fans holding out hope for any type of reconciliation between the former husband and wife will be left disappointed as Jason Biggs (Larry) isn't returning for the new season.

Season 2 introduced Vee (Lorraine Toussaint), a serial manipulator and dangerous woman if you get on her bad side. The closest thing Taystee (Danielle Brooks), who moved from group home to group home, had to a mother, we see through Vee's back story how she spent years manipulating Taystee and validates Taystee's reasoning for being wary of Vee.

Season 2 showed us that Morello (Yael Stone) doesn't just have a problem with credit card fraud, she is also a stalker and delusional. She fooled everyone in Litchfield into thinking she was a blushing bride to be when in fact her supposed fiancé, Christopher was never even her boyfriend. They went on one date and she stalked him ever since and he calls her out on it in front of the other prisoners.

There was certainly no love lost between Vee and Red (Kate Mulgrew) and while their rivalry was a great storyline throughout the season, eventually it turned vicious and proved almost fatal when Vee creeped up behind Red and brutally beat her with a slock (lock in a sock apparently) and left viewers wondering would Red survive. Thankfully in the season 2 finale Red was seen recovering in the hospital so it's looking like the matriarch will be back to her advice-giving self sooner rather than later.

5. Crazy Eyes could be tipped over the edge. 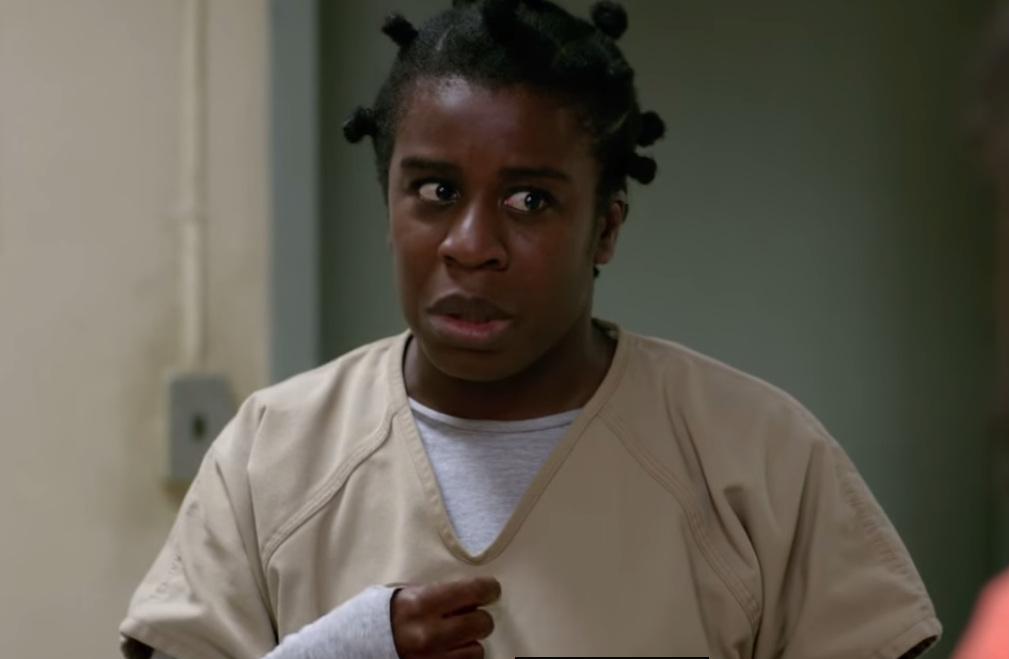 Vee took advantage of poor  Suzanne/Crazy Eyes (Uzo Aduba), going so far as to convince the fragile Suzanne that she had attacked Red and while she was freed from suspicion of this by Healy (Michael Harney) the betrayal by someone she trusted and loved could be a breaking point for her coming into season 3.

In the beginning of Season 2, Pennsatucky (Taryn Manning) gets new teeth after Piper lost it with her in season 1 and knocked most of them out. She falls out with Leanne and they eventually become enemies and she goes on to develop a weird friendship with Healy and extensively promotes his group therapy sessions while also losing a lot of her strict religious strangeness and becomes more easy going and likeable.

7. Vee is more than likely dead.

After nearly killing Red and after all her minions turned against her, Vee made a break for it through red's greenhouse escape, only to get as far as the highway before being run over by Rosa who stole the prison van. She looked like a goner after the almighty hit but OITNB loves a good plot twist so watch this space.

Near the end of season 2 Rosa (Barbara Rosenblat) was informed that her cancer was too far advanced and she was given just weeks to live. Morello 'accidentally' left the keys in the prison van, allowing Rosa to escape so one would assume that in season 3 she will either have died from the cancer or ended her life the way she wanted, as some people have suggested.

Finally, the creep is gone, although for some bizarre reason I can't help but feel he will be missed in a weird way. He got his comeuppance for all his creepy, pervy behaviour when he was first suspended and then arrested following accusations that he was the father of Daya's baby. He left Litchfield like a man possessed, swearing that he'd love Daya forever, but the fact he's not returning for seasson 3 menas the poor woman can stop pretending to actually have any feelings for him other than utter repulsion.

10. Alex is headed back to prison.

At the beginning of season two, Alex (Laura Prepon) was released from Litchfield after giving a (false) testimony in the case against her and Piper's former crime boss, Kubra Balik. Alex visits Piper in prison and tells her that she is planning on leaving so Piper asks Polly, who feels guilty for her affair with Larry, to tip off Alex's parole officer so she will end up back in jail for parole violations. 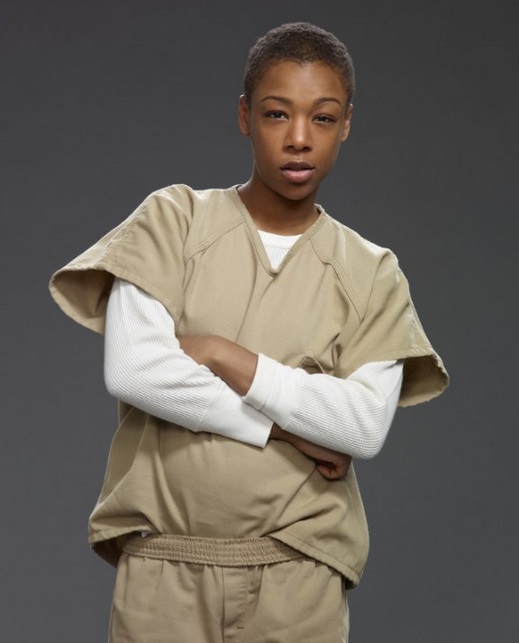 Our love for Poussey (Samira Wiley) saw no boundaries in season 2 as she remained a loyal friend and didn't fall into the Vee trap. While Vee kept the two besties, Poussey and Taystee apart and tried to turn Taystee against her BFF, hopefully with Vee (probably) dead the terrific twosome can reunite and bring back TV's favourite female friendship.

12. Natalie Figueroa (the bitch) has resigned.

'Fig'  as she is not so affectionately known constantly cut prison programmes throughout her tenure and solidified herself as a tough assistant warden but what she was actually busy doing was embezzling money from the prison with the help of her husband. Piper gave evidence of this to Caputo (Nick Sandow) and although the wench tried her best seduction techniques in return for his silence, he got what he wanted from her and she lost her job anyway. Adios.

A main storyline at the end of season 2 was the possible transfer of Piper to a prison in Virginia which Fig helped arrange as payback for Piper telling Larry prison secrets and poking around for information. Thanks to her help in exposing Fig, Caputo cancelled the transfer.

The lovable Nicky's (Natasha Lyonne) storylines throughout most of the season were lighthearted and kept her out of trouble but when she stole heroin from Vee to get back at her for the attack on Red and stored said heroin in a vent instead of getting rid of it could she be headed back down the slippery slope to addiction again?

Hopefully this will get you up to speed and leave you excited and ready to launch into season 3. I can't wait!